Oscar De La Hoya Reveals Why He Loves the UK

Oscar De La Hoya is one of the most iconic fighters to ever grace the boxing ring. The legendary boxer enjoyed a stellar career and hardcore lovers of the sport still regard him as one of the best in the sport. Even after retirement, De La Hoya stays substantially active in the boxing world. Currently, he’s enjoying his role as a promoter and also works really hard to try to stay in fine shape.

Being an active face around, De La Hoya always has something to talk about. Recently, FightHype shared one of his videos, wherein ‘Golden Boy’ is seen talking about why he loves the UK.

He said, “The UK because the UK loves freaking boxing. And the sport of boxing gave me everything that I have”

De La Hoya shared an honest notion about the UK and how it has contributed immensely to the sport of boxing.

From the old era to the current one, UK has given many stars to the sport. Starting from Lennox Lewis to the likes of Tyson Fury, Anthony Joshua, and more, UK has always given the world some champion boxers.

While ‘Golden Boy’ loved the UK in his prolonged career, he unfortunately never got an opportunity to fight in the UK. Yet, with his exemplary and oppressive fight style, De La Hoya impressed a number of Brit fans.

De La Hoya still keeps himself up with his stringent workout regimes and is an inspiration to the next budding generation of fighters. Moreover, last month he was slated to take on Vitor Belfort in an exhibition bout, but he tested positive for Covid-19 and had to withdraw from the fight.

‘Golden Boy’ was supposed to lock horns with Belfort in a pro-boxing fight. Surprisingly, De La Hoya got ecstatic to return to the pro-side and fulfill his aspiration to fight. 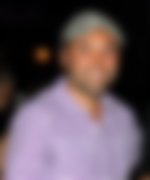 But his return fight couldn’t come to life. However, Triller, who organized the Belfort vs Holyfield event, is again looking to re-book De La Hoya’s clash with Belfort.

This fight will truly be entertaining, hooking in the casuals as well as hardcore followers of the sport. It’ll be interesting to see if it comes to fruition by year-end.

Watch this story – How Tyson Fury Spends His Millions