Photos: Floyd Mayweather Bought a $10 Million Ring for His Ex-Fiancée

Floyd Mayweather has set massive benchmarks in his career, both inside and outside the ring, which none of his contemporaries could catch up. Mayweather’s financial gainings and extravagant lifestyle also fall in the loop as the five-division world champion once gifted a multi-million-priced diamond ring to his ex-fiancee Shantel Jackson.

Mayweather and Jackson dated each other for a brief period before the couple split up rather controversially. However, they didn’t hesitate to flaunt their relationship back while they were still together.

Per reports, Mayweather and Jackson met each other in 2006 and were tied up for eight years. In 2012, the couple also appeared in MTV’s ‘Ridiculousness’ where Santel Jackson flexed her diamond ring. It caught everyone’s attention, especially after people came to know its worth.

How much did Floyd Mayweather’s Fiancée’s ring cost?

Per reports, the ring cost $10 million. It is clearly an astonishing amount, but not for someone who can spin over $100 million with just one in-ring appearance. Mayweather is the richest boxer to have ever lived on this planet and recently dropped news about the purchase of his $18 million watch on Christmas. 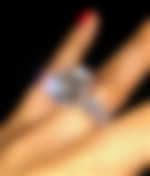 Hence, it was justifying to see Mayweather gift the lavishly priced diamond ring to his ex-fiancee. Mayweather also claimed the ring to be of 25 carats, made of special yellow diamonds. A 50-carat diamond bracelet also complimented the ring.

While all of it sounded like a fairy tale romance, it didn’t turn out to be in reality.

Who is Floyd Mayweather’s ex-fiancee?

Mayweather’s ex-finance Shantel Jackson is an American celebrity, social media star, and model. She reportedly has a $4 million net worth and most of it has come from her TV appearances and music videos. She currently has 1.6 million followers on Instagram and is the founder of Shoe Gummi, which she claims to be the world’s first outer-sole pad selling company.

She was sheer close to Floyd Mayweather before the split up. But Jackson accused the boxer of stealing her possessions. Jackson had filed a lawsuit against Mayweather and had demanded around $3 million. It was clearly a tragic ending to their love story.

Well, both of them appear to be successful on their respective journeys. And Mayweather is reportedly dating a model named Anna Monroe now.

A senior boxing writer at EssentiallySports, Raj Sarkar is a mass media graduate who is currently pursuing his master’s degree in broadcast journalism. In addition to his current role, he has worked with the MMA team at EssentiallySports and has interviewed prominent fighters such as Ritu Phogat and 'The Red King' Rory MacDonald. Combining his bachelor's degree with his adoration for combat sports, he has earned a combined 3000 plus bylines over the last two years.
ARTICLES BY AUTHOR