The stage is all set for another high-voltage clash between two prime young guns, Gervonta Davis and Rolly Romero. Both these fighters have proved their worth across all their fights, and that’s one top reason why they still keep an undefeated record. But only one among the two can go ahead and keep an undefeated stint.

That said, the pair will square off on December 5 at Staples Center in Los Angeles. Earlier, there was much confusion about the weight class in which the duo will fight. But, it’s clear that Romero and Davis will lock horns in the lightweight landscape.

There’s still a substantial time left before this fight takes place, but Romero and Davis have already begun their trash talks and it’s getting severe with time.

Recently, Rolly was in a chat with Helen Yee Sports. Here, he gave a staggering prediction for this fight and also took a jibe at ‘Tank’. 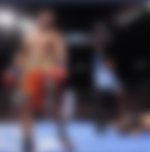 Romero and Davis are absolute demolishers, and their aggressive fight approach has worked wonders for them.

Both these stars go all out against their rivals from the first bell itself, thus dictating the pace of the fight in a fine way. But, Davis is the more experienced fighter compared to Rolly as the former holds 25 wins compared to the latter’s 14 wins.

That said, ‘Tank’ will have a certain edge over Romero with the experience he possesses.

Gervonta Davis vs Rolly Romero – A wild clash on the way?

A fight between these two is expected to go aggressively. Also, given the feud between the two young guns, this contest might be extremely wild as both Romero and Davis will go for the kill.

Therefore, the boxer with a better mindset and composure on fight night will come on top with a win.

This fight will test some genuine boxing skills of this duo and it’ll be intriguing to see who bags the win. Who will you be rooting for in a fight between the two? Do you think Rolly gets a T/KO win here?