Back in the day, Mike Tyson was the best in the heavyweight division. Known for his incredible power, Tyson literally punched his way to success. Although he was quite prosperous in his boxing career, the legend could not steer away from controversy.

Mike Tyson (53) was a huge draw when he was active. ‘Iron’ sold-out arenas and made millions from pay-per-views. But, he could not sustain his wealth as he lived a lavish lifestyle and made some poor choices in his early life.
One of them was his most iconic Bengal Tiger.

Mike Tyson reveals how Deontay Wilder can avenge his loss

A lot of things can go wrong when you have a tiger for a pet. And Tyson learned it the hard way. Although the tiger did not attack Mike himself, it ripped off a stranger’s arm who tried to play with it.

Mike Tyson horrific a scary story about his pet

Speaking to the American rapper Fat Joe, Mike Tyson recalled the horrific accident. Although there are multiple theories regarding the incident, Tyson finally told the truth. 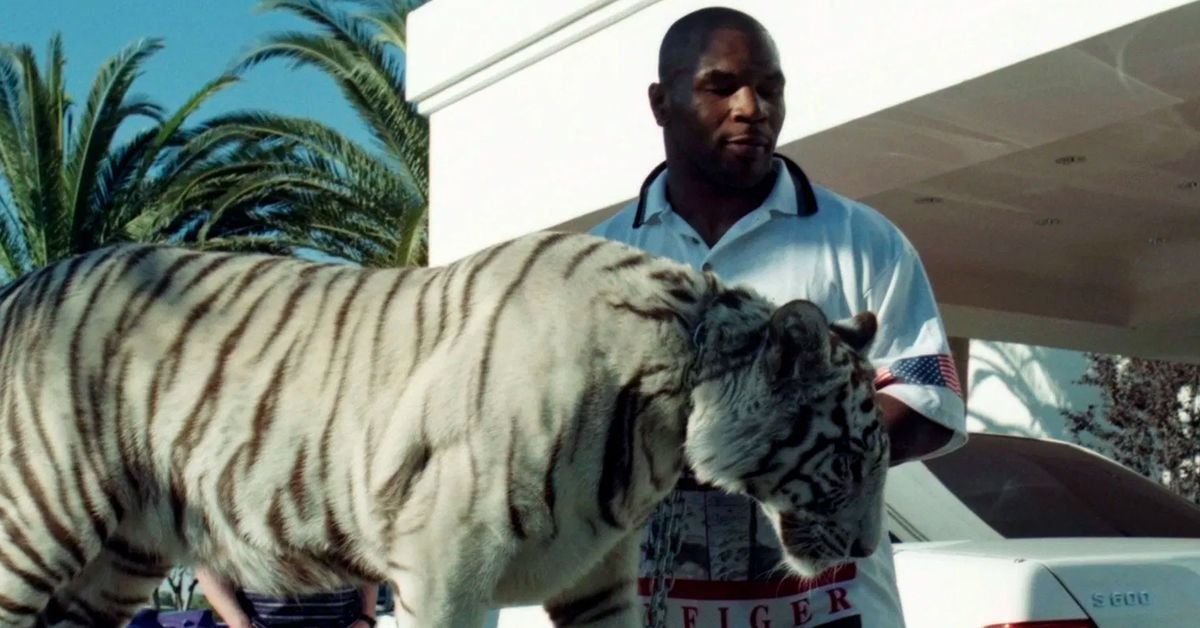 When the rapper asked him whether the tiger jumped his fence and attacked a neighbor, Tyson was quick enough to shut down the rumor.
“No, no, no, Joe, that’s not what happened.”

Tyson also said that he was on the verge of getting sued. However, it did not happen. Tyson offered the lady $250000 as a compensation.

Tyson also admitted that he was uneducated on the subject and the incident made him realize how dangerous a pet tiger can be, even if they are being playful.

“They kill you by accident… They’re too strong, especially when you’re playing rough with them, you’re punching them back and they hit you back and you’re dead.”
Would you keep a pet tiger if you were in Mike Tyson’s place?

WATCH: When Mike Tyson Bit-Off Evander Holyfield’s Ear in One of the Most Shocking Moments in Sports History