Terence Crawford Explodes on Twitter: ‘I’ve Tried to Fight All the Champions in My Divisions Years Ago’

Terence Crawford is one of boxing’s most underrated active fighters. The undefeated champion often goes under the radar because of his lack of trash-talking and subdued approach. However, the WBO welterweight champion has now lashed out at fans and critics.

Crawford has come under heavy criticism over the last year. The primary reason for this has been his indecisiveness regarding a fight with fellow welterweight champion Errol Spence Jr. Most boxing fans have accused Crawford of ducking his opponents, especially after his latest interview.

The 37-0 boxer has had enough. He exploded on Twitter and went on a rant at his critics, pointing out why all the criticisms are wrong. ‘Bud’ tweeted, “If anybody’s been following my career and not listening to the nonsense that people say then you’ll know I’ve tried to fight all the champions in my divisions years ago what more do y’all want”

With this comment, the champion showed his frustration at the disrespect he received from fans. He pointed out that he fought champions at different weight classes, and thus, it made no sense to accuse him of fearing an opponent.

Terence Crawford shuts down all the criticism

Avoiding Errol Spence Jr. is not the only criticism Crawford has received in his career. There have been different questions raised about the champion at every stage of his career. However, he has now shut down all those claims.

‘Bud’ sarcastically tweeted out all the different accusations fans have made against him over the years. He did so to point out the irony in the comments since he has achieved everything the fans called for. 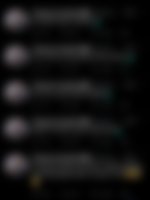 Therefore, these tweets from Crawford showed how much unfair criticism has come his way. Although, ‘Bud’ doesn’t do himself any favors with these tweets.

Instead of pointing out the difficulties in negotiations as the cause of fights breaking down, the champion has said he doesn’t need to fight Spence Jr.

Despite comments like this, claims of him ducking are unfair and uncalled for. He is a former undisputed champion at 140 lbs. This means Crawford had to fight every other champion in the division. Thus, his being scared is not the reason for the delay in the fight.

What do you make of these comments from Terence Crawford? Do you think he is unfairly criticized?