Saul ‘Canelo’ Alvarez is one of the most famous boxers in the world and does not shy away from living like it. The Mexican super-star has displayed his love for luxury on multiple occasions over on his social media. Furthermore, the fact that he is one of the highest paid boxers in the world means he can live this lavish lifestyle. So let’s look at the multi-weight world champion’s house.

The super-star boxer has always valued his privacy, and not much is known of his houses. However, the world got a glimpse of his mansion when he decided to sell his California property. The Mexican owned an 11,970-square-foot property that had six bedrooms, a library, and overlooked the sea.

The interiors of the house were a thing of beauty. He had a vintage look to it, with chandeliers, high ceilings, and polished wood furniture. His love for greenery is clear with the number of plants and trees present at the property. The entire property was valued at $6 million and this was back in 2015.

READ: Canelo Alvarez’s Diet: How does the Mexican fuel his body?

Where does Canelo Alvarez live?

Despite owning the beautiful mansion in California, Alvarez had a special bond with his hometown and eventually returned. After he sold the property, he returned to Guadalajara, Mexico; he resides there until today.

However, since he values his privacy, there is not much information on the current property. Both Canelo and his partner have been very careful not to reveal any sort of information about their residence on their social media.

Therefore, it is very difficult to know what kind of estate the champion resides in. However, we can be sure it is yet another luxurious property.

What is Canelo Alvarez’s Net Worth?

These properties do not come cheap and require a lot of costly maintenance. So to be able to own one such house, you need to have a good source of income. Canelo Alvarez has exactly that with his boxing. His deal with Golden Boy Promotions and DAZN made him one of the highest-paid boxers in history. 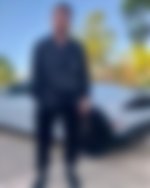 The Mexican has a net worth reported to be in the region of $140 million. This is not surprising considering the number of endorsements he has under his belt. So affording such properties has never been the problem for the Mexican star.

One suspects this could go even higher with his next big fight against Callum Smith. The Mexican will take on the undefeated Englishman and hope to extend his middleweight supremacy. Who do you think will come out on top in that fight?