When YouTube sensations – Jake Paul and Logan Paul – entered the world of boxing, a lot of hardcore fans didn’t extend their support. Instead, they tagged them unworthy for the sport and hesitated to see them in action. However, heavyweight great Mike Tyson did not believe the same.

Being one of the most lethal boxers of all time, Mike Tyson accepts that boxing requires a lot of courage, which he claims to notice in the Paul brothers. Although they aren’t full-time pro boxers, Jake Paul and Logan Paul have proven to be two entertaining personas in the sport. 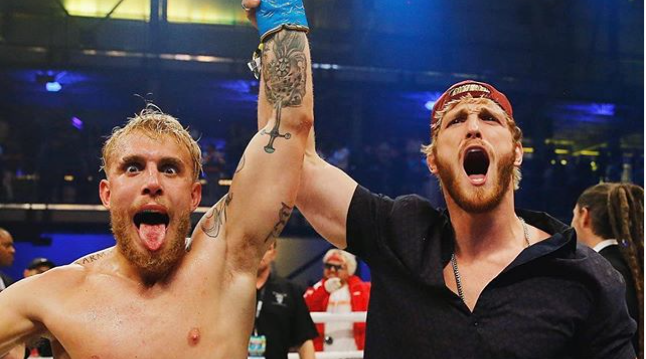 That said, Jake Paul is ready to fight former NBA star and debutant boxer Nate Robinson on the undercard of Mike Tyson vs Roy Jones Jr. on November 28. While boxing fans are excited to watch him in action, Tyson does not differ from them.

54-year-old Tyson connected with Steve-O to talk about the Paul brother’s fight game. While he also has a big fight against Roy Jones Jr. in the main event of the PPV, Tyson praised Jake Paul for stepping up on the undercard.

Talking bout it, ‘Iron’ Mike said, “They got balls. They have balls and to never really do and doing in front of a bunch of people and everybody is watching, forgetting the crowds in there, not that takes balls.”

He added, “This (fight) is something we do for living. You know this was, some people avoid their whole life and to go in there and do what you didn’t. This is crazy. It is exciting.”

It is no surprise that the event holds a lot in store for the fans. Bringing back two of the greatest former world champions to the ring, the PPV will host several other thrillers.

Badou Jack will return to action against Blake McKernan. Viddal Riley vs Rashad Coulter will also face each other, other than the fight between Jake Paul and Nate Robinson.

“Disastrous” – Mike Tyson Describes His Return to the Ring

Mike Tyson vs Roy Jones Jr.- Is It an Over Hyped Event?