Before vanquishing Deontay Wilder for the WBC title, Tyson Fury took on Otto Wallin a year ago at the T-Mobile Arena in Las Vegas.

The heavyweight thriller saw both men being dragged to the deepest waters as Fury was left bloodied and bruised in the fight. However, ‘The Gypsy King’ outstruck his Swedish rival throughout to claim the win via decision. It was a much-needed win for him before encountering Wilder in the rematch. Tyson Fury silenced his critics by securing an impressive win. 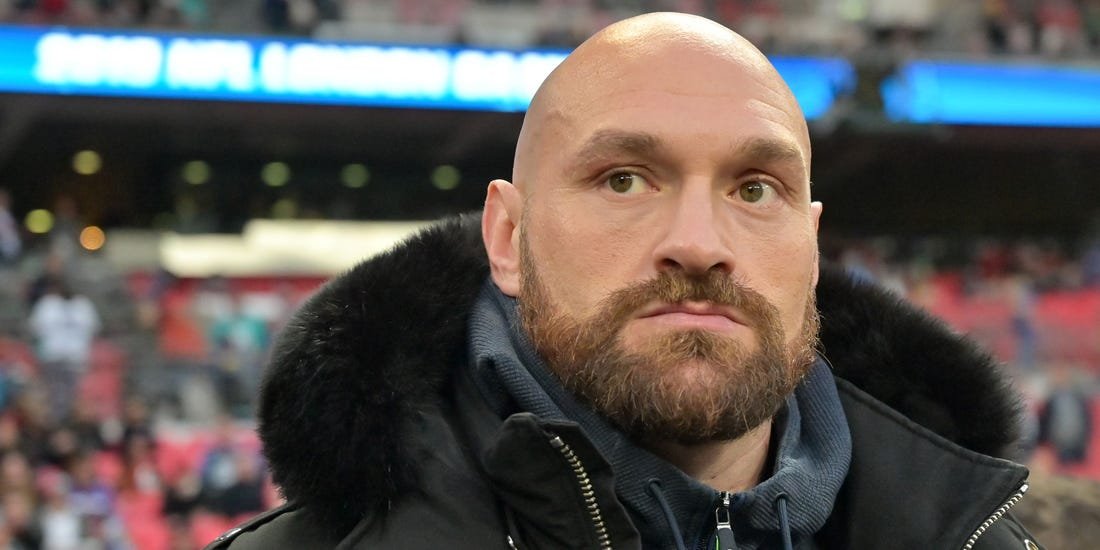 That said, not everyone knows that Fury was worried about Wallin’s headbutts before the fight, and he alarmed the referee about it in the pre-fight segment.

Tyson Fury cares a lot about his “pretty face”

To reminisce about the heavyweight matchup on its anniversary, BT Sport recently revealed some backstage moments before the fight on social media. Before the bout, Fury told the referee that he doesn’t want Otto Wallin to charge him with headbutts in the fight.

One year ago today, @gypsyking101 warned the ref before the fight about Otto Wallin's headbutts 👀 Then he suffered a HUGE cut during their 12-round war and took it like a champ 👊 #Boxing #FuryWallin #TysonFury

“This fella he likes to jump in and use his head. And obviously, I have got a very pretty face and I don’t want it smashing in with a headbutt. Watch him for that ref, yeah?” Fury said.

However, fate had something else planned for ‘The Gypsy King.’ During the fight, Wallin busted up Fury with some heavy shots and left him wide open. Blood couldn’t shatter the Brit’s determination. In between rounds, Fury appeared to be relishing the action.

As his trainers advised him to be calm and composed, Fury replied with “I live for this s***”

It is no surprise that the World champion boxer displayed a similar mindset throughout the fight and went till the last bell. Not only that, but he also handed Wallin his first defeat ever pro defeat, securing a sensational victory.

It’s been a year since the incident and Fury is now the undefeated WBC heavyweight champion of the world. Meanwhile, Wallin has also returned to the win column with a TKO win against Travis Kauffman.