Oleksandr Usyk defeated Anthony Joshua last night to become the new world heavyweight champion. However, with Usyk dominating his opponent right from the start, Tyson Fury saw his dreams of a mega-fight with the then unified heavyweight champion trickle down into the drain.

As the rounds progressed, the excitement amongst the English crowd faded away. The stadium emptied out quickly, as the referee raised Oleksandr Usyk‘s hand and handed him his well-deserved belts.

From much awaited to much in doubt

Frank Warren on Tyson Fury's reaction to Oleksandr Usyk beating Anthony Joshua: "All Tyson could see was a massive fight going down the drain… I said to Tyson, 'Can you imagine, if you were in there with him, how long that would've lasted?'" [@talkSPORT Fight Night]

“All Tyson could see was a massive fight going down the drain… I said to Tyson, ‘Can you imagine, if you were in there with him, how long that would’ve lasted?’” said Frank Warren.

Anthony Joshua’s performance was clearly not at par with what the Ukrainian champion displayed himself. The gaps in Joshua’s game plan have now boosted Tyson Fury’s confidence.

Tyson Fury‘s promoter still sees a silver lining to a possible Joshua vs Fury fight, despite AJ’s recent loss. However, he was full of criticism with some strong words to say to Joshua. 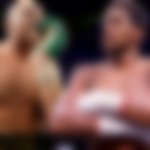 He suggested that Fury has a great chin, can hit as fast as Usyk, and that he would have finished AJ inside three or four rounds.

“He shouldn’t go anywhere near Usyk – he will never beat him. In terms of fighting Tyson Fury, it can happen. Joshua losing has taken away the belts and he is damaged goods now. But people would still buy into that fight. It can happen and it can happen in the UK.”

“He shouldn’t have a rematch with Usyk. I wouldn’t even think about it if I was him. Tyson Fury would have destroyed him inside three or four rounds; Tyson has great footwork, a great chin, and his hands are as fast as Usyk’s and he is bigger – he would have destroyed Joshua,” said Frank Warren.

What do you think of Frank’s comments?