Highly rated welterweight prospect Vergil Ortiz Jr. will face his biggest test yet when he takes on Maurice Hooker. The undefeated sensation will be the main event of a stacked card. So let’s look at the undercard and see who comes out on top in each fight. 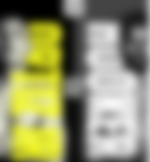 The two welterweights will grab all the headlines leading up to the fights. However, the undercard has a few potential crackers and even features a world title fight. So here are our predictions for the undercard.

Another undefeated fighter features on the Ortiz Jr. vs. Hooker card. Jonathan Navarro takes on experienced Pablo Cesar Cano in the co-main event on the night. Cano comes into the bout with a record of 33-7-1 whereas, Navarro comes in on the back of 17 consecutive victories.

Both fighters are almost identical in their physical attributes as well as their boxing style. Given their technical prowess, fans can expect a close match-up that could even go the distance. Both fighters prefer to break down an opponent and then tee-off.

However, we think the experience of Cano will be the difference between the two. Therefore, we predict a close fight that goes to the judges and Cano to pip Navarro by a decision. Thus, he will hand the American his first defeat.

Before the main events, fans will witness a title bout between Anabel Ortiz and Seniesa Estrada. Ortiz goes into the fight as the champion and with a record of 31-3-0, while the challenger comes into the bout with an undefeated record of 19-0.

The two boxers match up evenly in terms of their physical attributes since both fight at a similar height and have similar reach. However, we are going with Seniesa Estrada to become the new WBA strawweight champion of the world.

Ortiz is a better technician than Estrada and could outbox the challenger to win by a decision. However, the American’s record of 8 knockouts in 19 wins is a testament to her power. Therefore, we think Estrada wins by a TKO.

Exciting super-lightweight prospect Luis Hernandez Ramos will also fight Alex Martin on the undercard. Hernandez goes into the bout with a perfect record of 21-0, while Martin comes into the fight with a 15-3 record.

The Mexican has a slight height and reach advantage over the American. However, that will make little difference. Despite this, the 24-year-old Hernandez is easily the better boxer. Moreover, his 19 knockouts give him a 90% knockout percentage.

Therefore, we are going with Hernandez to win the fight by knockout. Although Martin could cause an upset, we cannot see any way in which he could outbox the Mexican.

The streak of undefeated fighters on the card continues with George Rincon. The 10-0 American will take on experienced Mexican, Luis Solis. Solis comes into the fight with a record of 25-11-4 and thus, is the more experienced fighter. However, Rincon will provide a worthy challenge.

Solis is the bigger man and it could play to his advantage. However, Rincon fights in a southpaw stance which will make it a tricky fight for Solis. Therefore, this promises to be an exciting fight.

However, we’re going with Rincon to win by a decision. Although Solis has more experience, Rincon’s smart movement could cause him problems. Moreover, the American can use his stance with significant effect to counter Solis’ punches.

The theme of undefeated boxers continues yet again with Hector Valdez’s fight. The undefeated American will take on 34-year-old Alberto Torres. Valdez comes into the fight with a record of 13-0 while Torres has an 11-3-3 record.

In terms of their physical attributes, this promises to be a close fight with both fighters coming in with similar heights and reach. However, they are two different boxers in the ring. Torres boxes in a southpaw stance which will cause problems for Valdez.

However, we are going with Valdez to win this fight by decision. The undefeated American will continue his streak with a professional performance. He will use his smart movement and speed to get the decision victory over Alberto Torres.

The fight card kicks off with yet another undefeated fighter in Tristan Kalkreuth. The American takes on his compatriot Dustin Long. Kalkreuth is 19-years-old and holds an unbeaten 7-0 record while the veteran 38-year-old has a record of 4-1-2.

Both fighters match up equally on paper; however, we are going with Kalkreuth to win by knockout. The 19-year-old is hungry and will be desperate to make a mark on the professional scene. Long will struggle to cope with the younger fighter’s speed and thus, Kalkreuth will get a knockout win.

What do you think of the undercard fights? Let us know your predictions for all the bouts on the Vergil Ortiz Jr vs Maurice Hooker undercard.