VIDEO: Floyd Mayweather Gets Cracked for the First Time by a Chiropractor

Floyd Mayweather is one of the greatest boxers of our generation, with an undefeated record of 5o-0. Making his pro-debut in 1996, Mayweather has won gold in multiple weight classes, moreover, he is one of only five quintuple champions in men’s boxing a list including greats like Oscar De La Hoya and Manny Pacquiao.

Floyd Mayweather is also one of the most followed athletes in the world and has a massive social media presence with over 15 million followers on Facebook, 7.8 million on Twitter, and 28 million on Instagram.

Mayweather has always run boxing like a business and successfully profited from it; He has made a lot of money in his career with a net worth of $450 million justifying his nickname, ‘Money’.

Floyd Mayweather gets cracked by his chiropractor

In an Instagram video, Floyd Mayweather can be seen getting his neck, back and leg joints cracked and re-arranged by the celebrity chiropractor, Dr. Alex VanDerschelden. The sound of the cracking could be heard in the video and it certainly looked painful for the champ.

At first, Mayweather seemed very anxious about getting his bones cracked and he was visibly silent in the video. The microphone also picked up the cracking noises, which sounded very painful. But he bravely fought the pain and got through the session.

In a hilarious exchange, Dr. Alex VanDerschelden said this to Mayweather after cracking his neck. “He’s been needing that for 40 years,” to which Floyd laughs and replied, “Longer than that.”

Mayweather responded back by saying, “All he did was make me mad.” This was a reference to the time when Shane Mosley almost knocked out the legendary boxer, but the champ made a comeback in the fight and won the bout by decision.

Will Mayweather make a comeback?

Floyd Mayweather bid adieu to professional boxing in 2017 and now he only competes in exhibition matches. Most recently, he fought against his former sparring partner, Don Moore, in an exhibition match arranged by the UAE. He has also fought an exhibition bout with YouTube star, Logan Paul. 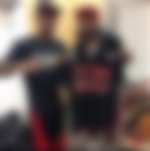 Mayweather might be past his prime days, but he certainly seems to have the skills to complete even today. But with all the money he has made, he seems to be enjoying his life and the session with Dr. VanDerschelden certainly helped in relieving the stress he accumulated over the years.

Watch This Story: Five of the Richest Women Floyd Mayweather Has Been In A Relationship With