GTA 5 Drops Out of Sales Charts for August

It looks like British super-welterweight boxer Anthony “The Machine” Fowler is back to training after a dominant victory against fellow Englishman, Adam Harper.

Fowler’s promotion Matchroom Boxing recently posted a video of him in his gym captioned, “Following victory at Fight Camp, (Fowler’s twitter account) is back in the gym grafting. Some big fights to be made in the Super-welterweight division.”

Following victory at Fight Camp, @afowler06 is back in the gym grafting 👊

Some big fights to be made in the Super-Welterweight division 👀 pic.twitter.com/KEjHiXkYVE

The video shows Fowler going hard on the heavy bag and then cuts to him, jumping over a bar from one side to the other rapidly. The comments section was divided as some fans were surprised to see how quickly Fowler returned to the gym, having his last fight in August. Some were critical of his performance, while others jumped to his defense.

What’s next for Anthony Fowler?

Anthony Fowler, (13-1, 10 KOs) who is signed to Eddie Hearn’s Matchroom Boxing, is currently on a four-fight win streak with his last win coming over Adam Harper via TKO in the seventh round. With this, he also became the first man to stop Harper inside the distance.

As an amateur, Fowler had won a Bronze medal at the 2013 World Championships and Gold at the 2014 Commonwealth Games. He turned pro in 2017, with his first win coming via first-round TKO. 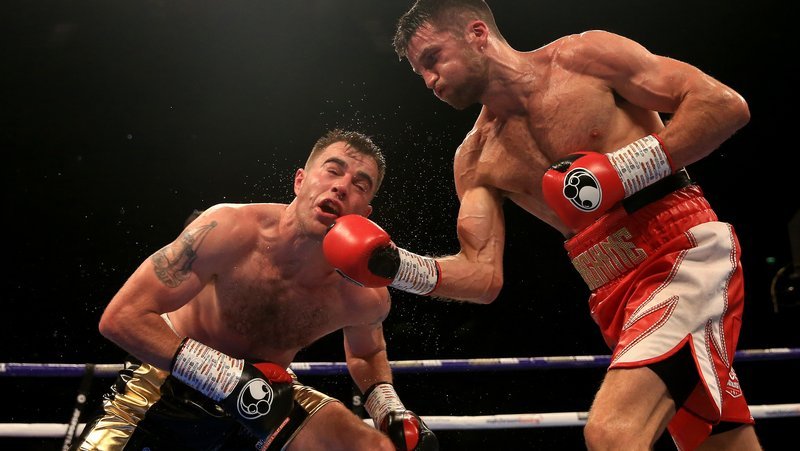 After his lopsided victory over Harper, talks of a potential bout with the former British light middleweight champion Ted Cheeseman has been doing the rounds, even though Fowler wants to rematch former opponent Scott Fitzgerald to avenge the only loss of his career. Any of these two bouts is a possibility.

Despite this victory, Fowler still has a long way to go before being called one of the best in the division. There are some flaws in his game that are seen repeatedly in his bouts. Fans have also criticized the fact that he has fought no tough competition till now.

What we can say is that no matter what, having returned to the gym so soon after the fight, Fowler is surely determined to get better and prove his doubters wrong.