The undefeated ‘Tank’, Gervonta Davis, will return to action soon against Leo Santa Cruz on October 24 at the Mohegan Sun Casino in Uncasville, USA.

As he beat all odds, Davis is in no mood to comprise on his training session. His upcoming rival, Leo Santa Cruz, is a veteran lightweight, boasting a pro record of 37 wins and one loss. Thus, he can hand a difficult time for ‘Tank’ when they collide inside the ring.

That said, Gervonta Davis is being mentored by Floyd Mayweather. Not only that, but Mayweather is also holding the pads for him and making him work effectively on shotgun jabs.

Just a month prior to the fight, Fight Hype.com has posted a video where Mayweather and Davis were spotted working together for the upcoming lightweight thriller.

As mentioned, the duo is putting a load on the shotgun technique. Now, shotgun-style consists of some rapid-fire jabs on a string, which can put considerable damage on the rival. It is also helpful in distracting the opponent and closing the gaps between them.

It seems that Davis is planning to outpoint Leo Santa Cruz with that technique. Considering that Davis is one of the most lethal lightweight knockout artists, he will hunt for one more KO in his upcoming contest.

Meanwhile, Leo Santa Cruz is more of a technical boxer who likes to go to the distance. In his 37 professional wins, the Mexican has won 19 of them via knockout and 18 by decision. That said, he hasn’t been knocked out ever in his career.

Thus, Davis will have to showcase something sensational to seal the victory. In the meantime, Santa Cruz will also have to be rapid and defensive to counter ‘Tank’s aggression.

Both the world champions will put their respective titles on the line and the winner will depart with both. Davis’s WBA lightweight belt and Santa Cruz’s WBA super featherweight title will be at stake in the headliner. 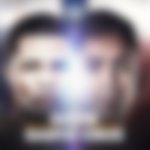 Amid all these, Davis’s training clips alongside Mayweather is already creating a lot of hype for the event.

Who do you think will win this much-anticipated bout?