Manny Pacquiao took time away from boxing to perform duties as Senator in the Philippines during the coronavirus crisis. However, now, the 8 division world champion has followed in the footsteps of boxers all around the world and returned to training. Safe to say he hasn’t missed a step and looks really sharp in the quarter of a minute clip.

The WBA (Super) Welterweight Champion shared a video on his Instagram handle. Here he is on the sidelines of a Basketball court and nimbly moves all-around a punching bag. He rains blows on it at ease with the grunts highlighting his intensity. With ‘Pac-Man’ fans can be sure that this is just the beginning and he will pick up speed as the weeks go by.

Despite being past 40, Pacquiao is showing no signs of retiring. He did briefly call time on his career in the middle of the last decade but returned soon thereafter and lost the WBO Welterweight title to Jeff Horn. The defeat came just months after he won via unanimous decision against Jessie Vargas.

Since that fight, he has won 3 on the bounce. First ‘Pac-Man’ claimed the WBA (Regular) Welterweight championship over Argentine Lucas Matthysse in a 7th round TKO. 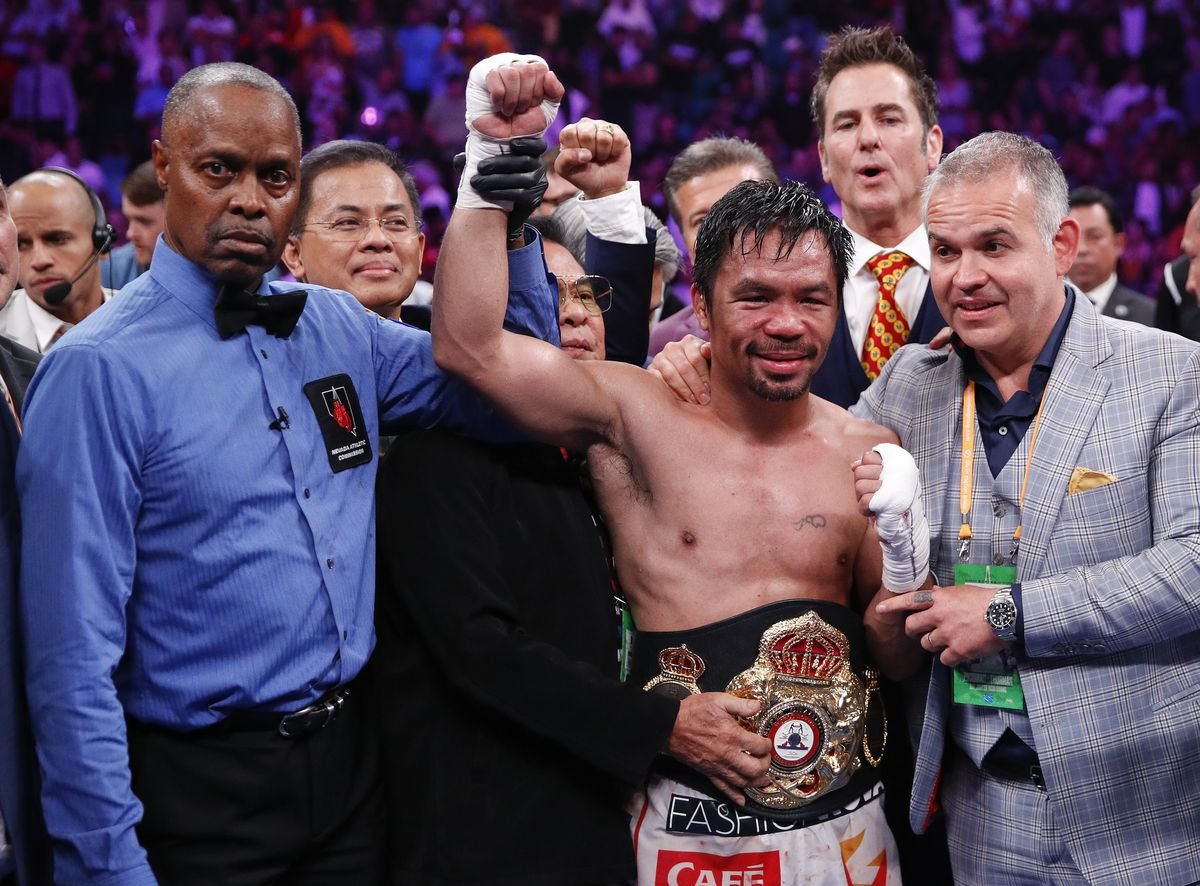 Later, he retained the belt against Adrien Broner. In his last fight to date, ‘Pac-Man’ became the first 4-time Welterweight Champion after beating Keith Thurman. The Philippino set an oldest ever record by becoming the oldest Welterweight boxing Champion. Based on his training video it’s safe to say ‘Pac-Man’ is targeting a few more oldest ever records to close out his career in style.

Could fans potentially see the Floyd Mayweather rematch? ‘Money’ stays silent on that conversation and 2 months back he slammed young fighters for chasing a 40-year-old. ‘Pac-Man’ responded by seemingly goading the undefeated boxer to put his retirement on hold once more.

What do you make of Manny Pacquiao’s latest training video? Does it really seem that ‘Pac-Man’ is into his 5th decade?

“They Offered Me $1.5 Million But I Hung Up On Them”- Floyd Mayweather’s Team Reveals Bizarre Offer By Conor McGregor

Dana White Reveals Boxers He Would Like to Manage