After the date for Mike Tyson’s return to the boxing ring was announced, his former rival Evander “The Real Deal” Holyfield also declared his return.

“The difference between impossible and possible lies in one’s determination,“ Holyfield said in a recent tweet. The tweet also comprises a video with background commentary from some of the biggest moments of Holyfield’s career.

The difference between the impossible and the possible lies in one’s determination. #TeamHolyfield pic.twitter.com/Ovrn8FYtc4

Evander Holyfield (44-10-2-1, 29 KOs) had his last bout in 2011 against Brian Nielsen. Now, it is common knowledge that Holyfield has faced a lot of health issues in the past pertaining to his heart.

This might be a cause of concern for his fans if he makes his return. Although Holyfield lives a clean and healthy lifestyle, abstaining from alcohol and all other substances, his health issues cannot be ignored. 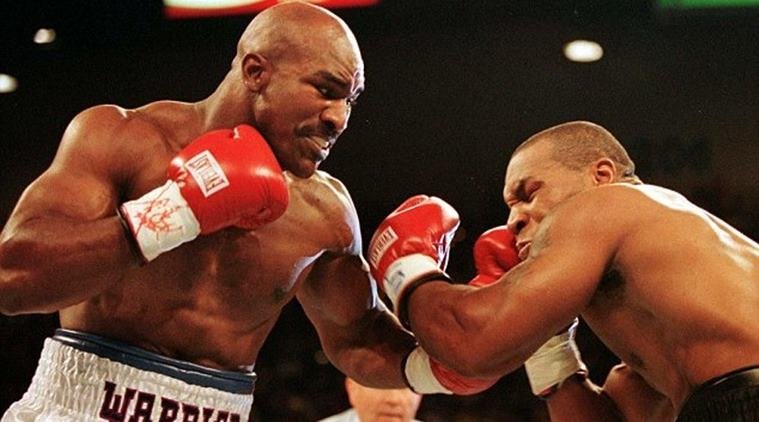 Holyfield first released his training video parallel to the Mike Tyson training footage, which arose the plausibility of the former being Tyson’s opponent in his return. And even though Holyfield was interested in that fight, it simply couldn’t come through. Roy Jones Jr. was ultimately finalized as Tyson’s opponent.

Can Evander Holyfield and Mike Tyson collide for the third time?

Holyfield looks in tremendous physical shape, especially for someone his age. This level of dedication can be termed as inspirational in every sense. But regarding his opponents, there still isn’t any confirmation.

A few names that have come up are the former unified heavyweight champions Lennox Lewis and Riddick Bowe. Both of them have beaten Holyfield in the past.

Now, with his intention to take part in exhibition charity matches, we might see Holyfield in action soon after his counterpart Tyson. With so many boxing returns announced in such a short span, it just seems to be the season of comebacks.

Since Tyson has also said that he wants to continue fighting after his match with Roy Jones Jr., it wouldn’t be surprising to see Holyfield and “Iron Mike” go at it for a final time.

Also Read:  “If He Tags Me, I’m Gonna Tag Him Back” – Evander Holyfield Sends a Message to Mike Tyson