Being a boxer isn’t easy, that too an elite one. Besides training hard, one has to endure a lot of pain to be the very best. Wait, what are we even talking about? Well, Sky Sports Boxing just posted a throwback video of Manny Pacquiao training his abs before a bout.

No, Manny Pacquiao was not doing crunches, leg raises, or any other abdominal exercises. Rather, it had a trainer hitting Pacquiao in the stomach with a thick stick! The hits were short and rapid, but going by Pacquiao’s reaction, it looked like they hurt a lot.

The video was captioned, “Anyone fancy trying Pacquiao’s ab workout? Manny Pacquiao has some interesting training techniques to get his body in condition.”

Well, it seems there’s more to becoming an eight-division champ and five-division lineal champion than we thought. The ab-conditioning workout looks brutal, but on the other side, we now know the secret of Pacquiao’s rock-hard chiseled abs.

What is Manny Pacquiao up to these days?

Pacquiao (62-7-2, 39 KOs) had his last fight in May 2019 against the young Keith Thurman. He won the WBA (Super) welterweight title by beating Thurman via split decision. Sitting on the sidelines since then, Pacquiao is currently performing his duty as the Senator of the Philippines for which he was elected in 2016 for a six-year term. 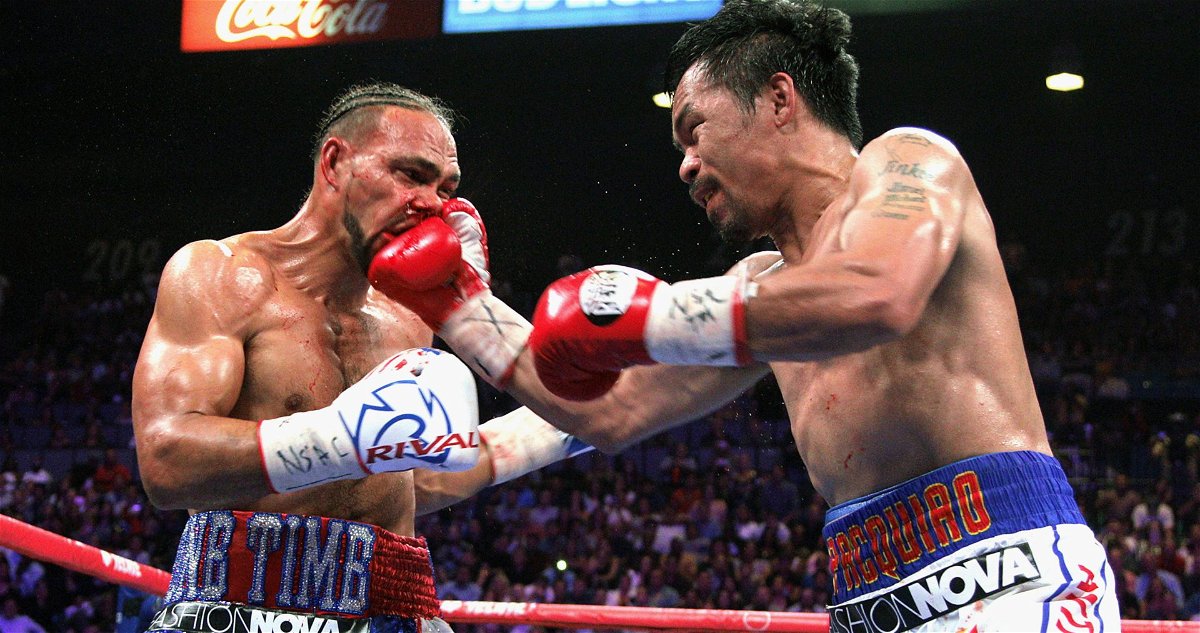 For his return in the ring, several potential opponents have been short-listed for him. From boxers Danny Garcia and Mikey Garcia to UFC star Conor McGregor, all are within the realm of possibility. Now we don’t know when Pacquiao will step foot in the ring again, but we do know that whenever he does, everyone will watch.

Also, if you wish to have the chiseled abs that provide you the combination of speed and power that Pacquiao possesses, you know what to do.