It could have been like any other heavyweight title contest if Douglas wasn’t relishing his win against Mike Tyson before the fight.

That said, Douglas entered the ring against Holyfield with huge attention. Being the first man to dismantle Mike Tyson, he was the new rising superstar of the division. However, Holyfield curbed his prominence in a one-sided contest. It was a matter of three rounds until ‘The Real Deal’ knocked out Douglas for the WBA, WBC, and IBF world titles. 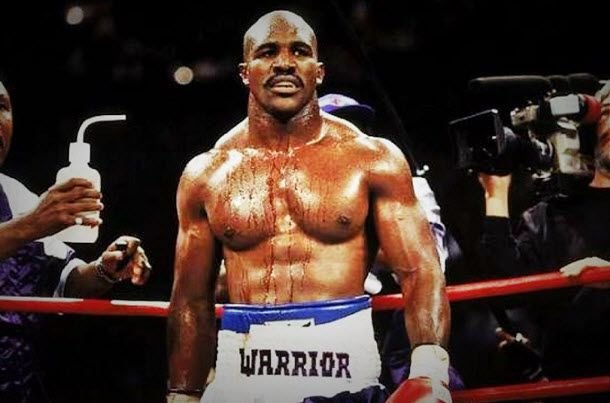 It was Douglas’ first title defense, and he failed miserably before Holyfield. Three decades later, the fight is still fresh in the fans’ minds and they recall it like an event of yesterday. Here’s a look at the blockbuster contest from the past.

Holyfield looked sharp from the beginning of the fight. He constantly put pressure on Douglas and dominated the first round with clean strikes. The second round was no different.

Although Douglas tried to outclass Holyfield by working on the body, it didn’t prove to be beneficial. Meanwhile, Evander Holyfield required just one perfect shot to seal the win. The duo was involved in a heated exchange in the third round. And Holyfield landed a flush right hand on Douglas.

The champion landed clean on the canvas and couldn’t get back on his feet. Holyfield became the new unified heavyweight champion of the world in one of the biggest fights of his pro career.

While it has been thirty years since the contest, a 58-year-old Holyfield wants to get back inside the boxing ring again. He has already started his training. If things go per plan, we can see him in an action by next year. However, it is still too early to predict that.