It’s much more than just a lightweight title unification fight for Vasyl Lomachenko, who claims to pay back Teofimo Lopez for all his ugly words when they face each other on October 17.

IBF titleholder Teofimo Lopez has always been a brash superstar of the sport. No wonder the 23-year-old hasn’t hesitated to trash-talk with Lomachenko ahead of their high-voltage fight. Being the undefeated word lightweight champion, Lopez can rightfully boast himself as one of the best in the division. However, ‘Loma’ believes that he should have kept a check on his tongue.

In response, ‘Hi-tech’ said that he wouldn’t mind hurting his opponent in the fight. While the fight has already grabbed global attention, ‘Loma’ has just intensified the tale with his recent response to Lopez.

Vasyl Lomachenko will be ready for war against Teofimo Lopez

Loma’s response to Lopez’s years of trash talk is beyond chilling … 🥶 (via @MarkKriegel)#LomaLopez | SATURDAY | ESPN pic.twitter.com/izqvyhaI4O

Talking about it, Lomachenko said, “Perhaps they didn’t teach him (Teofimo Lopez) in his neck of the woods that you have to watch your tongue. And when you are saying such things, you have to answer for them. You can’t simply insult a person because you don’t like him.”

Lomachenko plans to make it dirty inside the ring, but not at the cost of winning. His primary aim is to win the fight. However, if he gets a chance to make it ugly, the Ukrainian won’t hesitate.

He added, “First of all, I want to win this fight, but if I have a chance to make it unpleasant for him so that he feels and remembers, I will certainly do so (hurt him).” 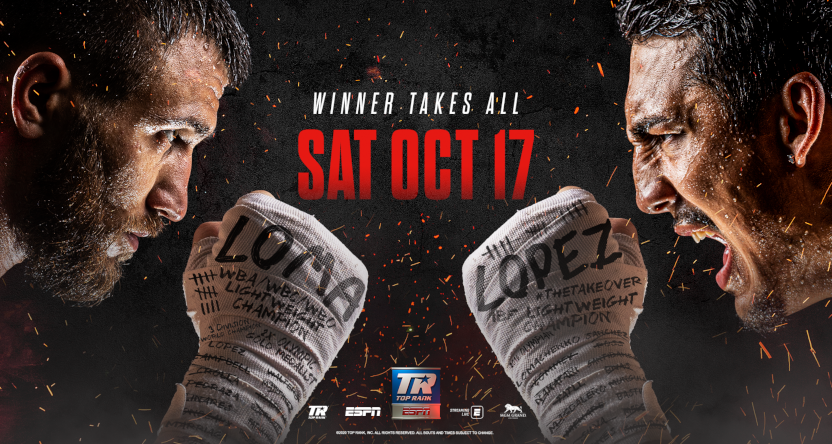 Lomachenko also said that Lopez doesn’t understand what awaits ahead.

“I don’t think he fully gets it. It seems to me that he doesn’t understand. I hope to drag him into deep waters, down to the bottom, and keep him underwater without air,” Vasyl added.

Both fighters will give it all inside the ring, and fight fans will benefit the most from the event.