WBC president Mauricio Sulaiman revealed Canelo Alvarez’s career could have been over after his loss to Floyd Mayweather.Alvarez suffered a devastating defeat to Mayweather back in 2013, during the early years of his career. The veteran Mayweather dominated Alvarez over 12 rounds, to secure an easy decision win.

The loss, is the only blip on Alvarez’s career to date. Sulaiman said Alvarez was not mature enough for a fight against Floyd early on in his career. Mayweather amassed a record of (50-0) and retired a champion in 5 different weight categories. 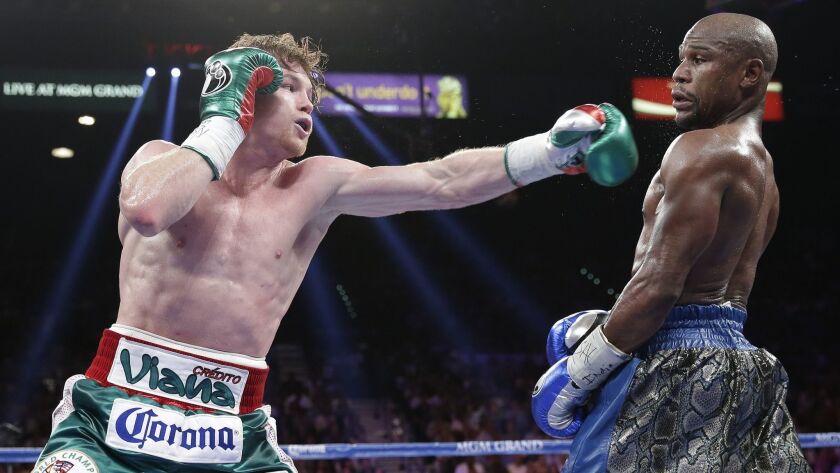 READ : “I Definitely Feel Like It Was Destiny” – Devin Haney on Training With Floyd Mayweather

“He’s still building his legacy. And He’s young, he’s active and he’s hungry to be and become the greatest. He learned from his mistakes. He fought Floyd Mayweather when he was too young and that could have ended his career. But then he focused, he came back, he learned from that fight and now has evolved into a very mature, highly competitive world-presence fighter”. Said Sulaiman to Stats Perform News

Since the loss, Alvarez has gone on to cement his place amongst the greatest boxers of all time. Canelo has gone onto secure titles in 4 different weight categories and has defeated top fighters such as Gennady Golovkin, Daniel Jacobs, and Julio Cesar Chavez. Also, Alvarez moved up 2 weight classes to defeat Sergey Kovalev for the Light Heavyweight title.

“I think when his career is over, we’re going to have Canelo Alvarez in a very selective list of fighters from history”. Said Sulaiman to Stats Perform News

Alvarez revealed he plans on returning to the ring in December, provided lockdown restrictions do not come in between his next fight. Alvarez refrained from naming his potential opponents, although a fight against Billy Joe Saunders and Gennady Golovkin is said to be in the works.

What are your thoughts on Sulaiman’s comments? Let us know in the comments below!