Oleksandr Usyk is all set to lock horns with the biggest heavyweight name of this decade in Anthony Joshua. Usyk’s had a short yet sublime heavyweight stint, but he has definitely left a mark in this iconic division. As a result, he’ll enter the squared circle on Saturday for all of Joshua’s titles.

Prior to this fight, the Ukrainian boxing star faced Derek Chisora for the WBO inter-continental heavyweight title. He won this fight fair and square but failed to attain a T/KO win.

Recently, he did an interview with Sky Sports after his open media workouts. And here, he was asked about the difference between facing Derek Chisora and someone like Anthony Joshua.

To which he replied, “It is a completely different fighter. We can’t compare it. We did a lot of work with the trainer, but I’m not going to tell you right now.”

The 34-year-old refrained from commenting on what he’s bringing into this fight. Yet, he seemed extremely clear about the difference between Joshua and Chisora.

In his fight against Chisora, Usyk only put his primal skills to the play, and he didn’t really go for the knockout. Also, since he was a prime cruiserweight once, Usyk had to increase his weight and carry the same for the full 12-rounds.

He also looked a bit different in this fight because Chisora was his first elite test in the heavy roster. However, now he has a much bigger roadblock in the form of Anthony Joshua, and getting past him will be a tough job to crack.

Is Oleksandr Usyk ready to go toe to toe with Anthony Joshua?

Oleksandr Usyk considers his fight against ‘AJ’ an extraordinary opportunity. And fans can expect him to stand true to the expectations created around him. 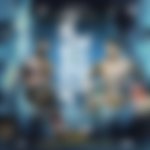 He will walk into this fight as an underdog but will have a major chance of pulling off an upset against Joshua.

With this fight, the entire boxing fraternity will be glued to its screens. And it’ll be exciting to see if Usyk can come up with something more than his usual skills.

What do you make of Usyk’s above comments?

Watch this story – Oleksandr Usyk’s Accomplishments as an Amateur