Eddie Hearn has detailed his mind-blowing plan for elite boxing to resume in July.The promoter plans on hosting events in his back garden, which also serves as the headquarters for Matchroom Boxing. Hearn revealed to SportsMail, that he plans on hosting fights on 4 consecutive Saturdays, starting with Terri Harper vs Natasha Jonas and closing the show with Dillian Whyte vs Alexander Povetkin. 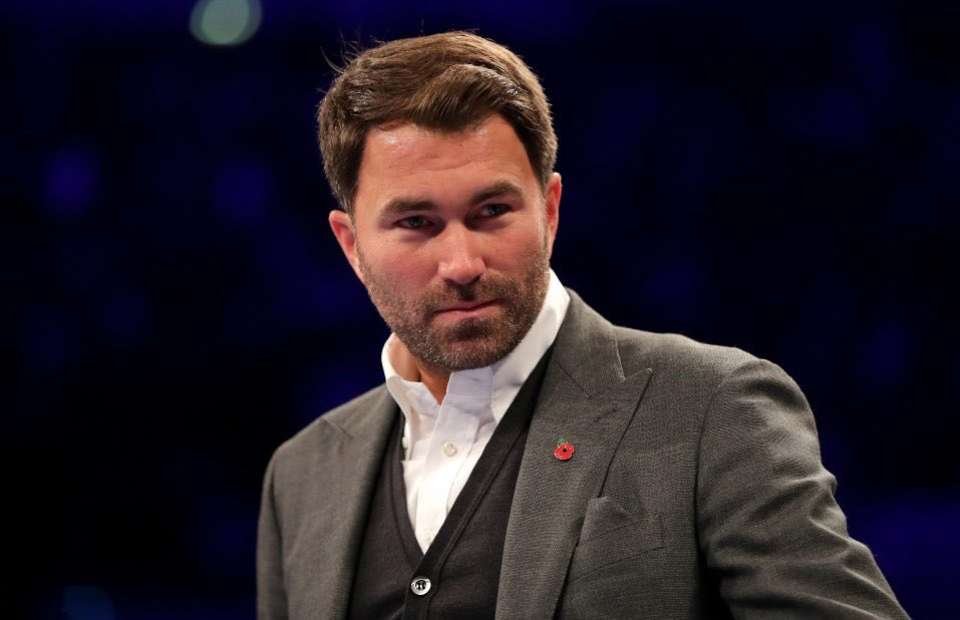 READ : You Won’t Believe How Much Anthony Joshua Made in Last 12 Months

“While other guys go with arenas and empty studios, ours will look very different”-Eddie Hearn

‘Financially this will be painful for us but after the momentum, we have worked so hard to build over the past 10 years, I’m not going to let boxing just dribble back. While other guys go with arenas and empty studios, ours will look very different. Just imagine it. It is summer, the house is all lit up, you can see Canary Wharf in the distance and fireworks are going off. Then over the hill walk Dillian Whyte and Alexander Povetkin for a massive tear up on my lawn. World championship boxing in my garden? Oh, go on then.’ Said Hearn to SportsMail

The plan will involve only 90 people for each fight, with strict social distancing protocols in place. The proposal will see 4 cards with 5 fights each spread across 28 days. Fighters will be placed in hotels and tested before the fight. Should a fighter test positive, he’ll have to leave the premises immediately. Moreover, each fighter will be allowed only 3 cornermen during the fight. Spit buckets and ropes will be sanitized after each fight.

“We are in talks with a nearby hotel about taking control of it for each of the weeks. The way it will work is everyone involved – the fighters, their teams, the broadcasters – will go into the hotel on Tuesday and the fighter and their team will go to a testing facility at the hotel. You will go in, get tested, be handed a room key and go straight to your room, where you will wait until you get the result of the test” said Hearn

With boxing set to follow the UFC in conducting such events, other promotions are likely to adopt similar measures for the foreseeable future.

ALSO READ : “Three Became Two and Two Became One” – Tyson Fury Breaks Down the Situation of the Heavyweight Division