The beef between Ryan Garcia and his promoter Oscar De La Hoya seems to have been reignited.

The undefeated prospect Garcia was looking to return to action next month in July. His return would’ve also marked the return of Golden Boy Promotions since it suspended its activities due to Coronavirus. However, he was not happy with the pay that he would supposedly receive for the fight. Garcia felt he was pulling in more viewers for DAZN other than anyone not named Anthony Joshua or Canelo Alvarez.

Golden Boy CEO Oscar De La Hoya announced on Twitter that Garcia’s fight next month stood canceled. As a result, the promotion will be returning later in July with another undefeated fighter in Vergil Ortiz. The former boxer, however, didn’t mince words when he gave the reason for the fight not happening. He laid it in the open that Garcia wasn’t willing to accept a fight.

Due to Team @KingRyanG decision not to accept a July 4th bout, we will now return in late July with the future of boxing 🥊 @vergilortiz , more exciting details to follow @GoldenBoyBoxing

Even Garcia responded promptly with a tweet. He didn’t hold back anything when it came to criticizing his promoter. However, he deleted the tweet in a short time.

Ryan Garcia was reportedly asking $500,000 for his next fight

The 21-year Garcia has amassed a huge social media following. His last fight came against former world title challenger Francisco Fonseca. Garcia secured the victory via an impressive knockout. The undefeated boxer and his promotion have been at loggerheads since last year. The dispute began in Septemeber. ‘KingRy’ felt that Golden Boy was paying him peanuts.

However, the situation seemed under control once Garcia signed a contract extension with Golden Boy earlier this year. The contract had a stipulation that Garcia will fight for a minimum of $200,000. For his next fight, he was demanding almost double that amount, in the neighborhood of $500,000. 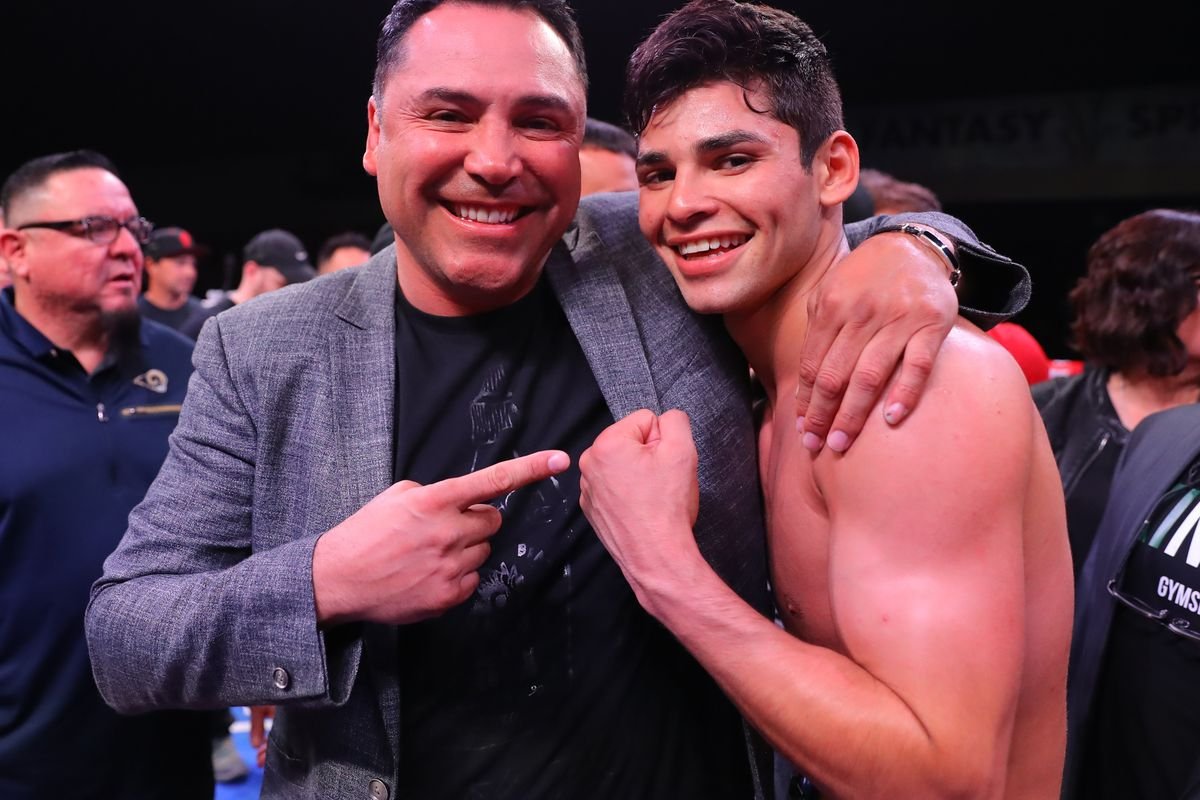 Despite Garcia’s status as a highly-touted prospect, the amount is still a lot. However, his advisor Lupe Valencia said that the original offer was way too low. The roots of the situation lay in the fact that the pandemic is affecting the sport financially.

Valencia further said that Garcia’s return date is now in the hands of DAZN. He will possibly make a comeback when the broadcasting platform gets back to a normal budget.