The UFC world heavyweight champion, Francis Ngannou, is one of the biggest names in combat sports today. With the world title to his name, there are several other fighters who want to challenge the ‘hardest puncher’ in the world. There are rumors that UFC president Dana White wants him to fight Jon Jones next. However, fans have chosen another exciting opponent for him. 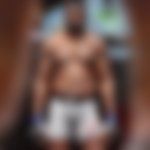 Recently Ngannouu posted a video on his Twitter where he is seen meeting Deontay Wilder in his gym. The two shared a few words and hugged each other as Wilder departed to continue his training. Following this, ecstatic fans have taken to Twitter, claiming that a fight between Ngannou and Wilder would be much more interesting than Ngannou vs Tyson Fury.

This fight would be way more interesting than you vs Fury imo.

Instead of Fury this is a fight everyone would be way more excited for.

2 of the hardest hitters on earth in the same room! Man these two don’t have dynamite, they have nukes for hands pic.twitter.com/kXWY8XNSWH

Francis is way bigger, he’s getting the ko if they ever fought

Fury owns you both

Notably, Wilder has faced Tyson Fury thrice inside the ring. The first fight ended in a controversial draw, while the other 2 fights were won by ‘The Gypsy King’. There are rumors about a Fury vs. Ngannou clash, but fans want the latter to face Wilder inside the ring. Wilder last tiptoed into the boxing ring in October 2021 for his trilogy match with ‘The Gypsy King’.

The Alabama native has not made any appearance in the sport after that. Not to mention, initially, he was planning to retire, but at the inauguration of his statue in his hometown, Tuscaloosa, the ‘Bronze Bomber’ revealed his plans to return to the sport.

The UFC heavyweight champion last fought against Cyril Gane in January and emerged as the winner of the fight. However, only time will tell if we see a bout between ‘The Predator’ and Wilder.

The current UFC heavyweight champion is known to be the hardest puncher in the world. The Cameroonian UFC fighter recently tested his punching power on a punch machine but failed to meet fans’ expectations.

In the video, fans see Ngannou punch hard on the machine, scoring 804 points, which is far from the highest score. Meanwhile, what do you think of a Ngannou vs. Wilder fight? Share it in the comments below.

WATCH THIS STORY: The Real Reason Why Jake Paul vs Hasim Rahman Jr. Got Cancelled