Hector Pardoe is a young, promising long-distance swimmer for Great Britain. In his Olympic debut, the 20-year-old Briton was aiming for a podium finish. He competed in the men’s 10-kilometer marathon event.

On the last lap of the race, a stray elbow caught the Team GB swimmer in his eye. His goggles came off, and he felt like he had lost his eye. It forced him to retire from the race as it compromised his vision. 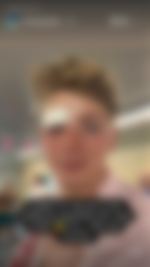 “I was screaming & THOUGHT I HAD LOST MY EYE,” GB’s Hector Pardoe tells me following his retirement after being elbowed in the 10km race.

“This is a brutal sport but that’s not how I expected today to finish. I’ve never experienced conditions like that. I will be back stronger!” pic.twitter.com/Ofrb7dUJa9

“And I was going up to the lifeguards saying “my eye, my eye – is it OK?”.“And they weren’t giving me a very decisive opinion.  Yeah, I had to get out after that.”

Utterly brutal … Great Britain’s @hector_pardoe had to withdraw from the men’s Olympic Marathon Swim (10k Open Water) very close to the end after receiving a forearm smash to the eye socket! Nasty … especially considering he had swimming goggles on! Great effort up ‘til then! pic.twitter.com/3ODAh0LZab

The Briton added that he was not used to swimming in such warm water, and called the event, ‘a brutal contact sport’.

Journey to the Tokyo Olympics 2020

Hector Pardoe became the first British swimmer to win a medal at the World Junior Open Water Championships. He won the Bronze medal in 2017. The 20-year-old broke a British marathon swimming record in 2020 when he went under for a 25,000-meter open water swim.

Pardoe has won 2 consecutive top-ten finishes in Doha, at the Fina Marathon Swim World Series. He then won a qualifying event in Portugal this year that confirmed his spot in the men’s 10 Kilometre marathon at the Tokyo Olympics 2020.

Allan Binoy is a Combat Sports Author at EssentiallySports. He is currently pursuing a bachelor's degree in English Literature. Allan is a semi-professional football player for Diego Juniors FC.
ARTICLES BY AUTHOR