The rise of Robert Lewandowski

The identical twin brothers Robert Charles “Bob” Bryan and Michael Carl ” Mike” Bryan have dominated the tennis doubles circuit for over a decade now. They have won it all.  In their illustrious career they have surpassed some of the greatest names and records. Here we look at the 10 records by Bryan brothers that will probably stand the test of time.

They are the current World Number 1 team and have been so for most of their career. Mike, the elder of two by two minutes, has been the world’s best player in doubles for a record 454 weeks, that is a whooping 8.7 years approximately . Bob is catching up with 439 weeks under his belt.

They also hold the first two spots in most consecutive weeks spent as world number 1. Mike holds the top spot with 163 weeks and Bob is second with 140 weeks. 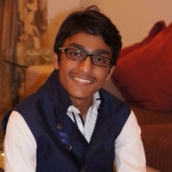 Who Among the Next Gen in Tennis Will Succeed the Big 3?

Novak Djokovic Records Which May Never Be Broken