Call Of Duty Cold War Alpha build can now be downloaded and played for a weekend.  A PlayStation Blog post, announced yesterday that Cold War will be available for download on PS4 today. This is exclusive to PS4 owners only.

“PlayStation 4 owners can also get a taste of Call of Duty: Black Ops Cold War Multiplayer through an exclusive Alpha* weekend, complete with multiple modes, maps, and a preview of the Create-a-Class and Scorestreak systems. Pre-load begins September 17 at 8 a.m. PDT. The Alpha kicks off on September 18 at 10 a.m. PDT and is set to conclude on September 20 at 10 a.m. PDT.”

This piece of news came after Treyarch revealed the multiplayer campaign footage. The mission ‘Nowhere Left To Run’, snippets of which we have seen multiple times in the trailers, was played out to the PlayStation Showcase audience. 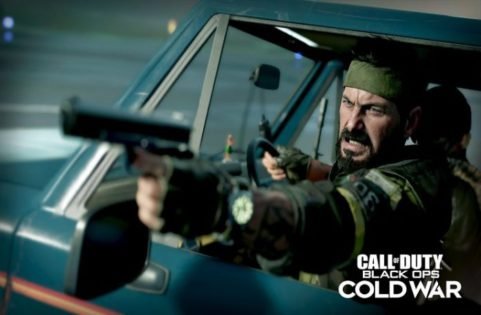 Further to that, PS5’s latest DualSense controllers are supposed to provide the best gaming experience for Cold War. In the blog, Activision mentions the performance depth players can expect when they play with Sony’s upcoming PS5 experience.

“The DualSense wireless controller will give haptic feedback, making you feel the impact of every pulse-pounding move and explosion in your hands. That all can be also felt through Tempest 3D AudioTech, where the sounds of this epic chase can be heard from all angles as if you were right there alongside Woods and Adler on this top-secret operation.”

How to play the Call Of Duty Cold War Alpha build?

Firstly, PS4 players will receive a download of 25GB  for Cold War. That will available today that is September 17, 2020. Later tomorrow, players can expect the official alpha build release at around 10 am PDT. The alpha build will be playable only till Sunday.

Few people believe the release might even take place earlier than the stipulated time. This might be to stop the servers from crashing altogether when all PS users login together.

The Alpha and Beta's for every CoD have always gone public early to prevent major stress on the servers, so I'd imagine we'll be playing the #BlackOpsColdWar Aplha tonight or tomorrow morning 🙌

This is how it will look once the free update goes live.

The *DOWNLOAD* is live. It won't be playable til tomorrow still

Call of Duty Black Ops: Cold War is also up for beta release on pre-order only. Therefore players who want to continue playing Cold War need access to the beta build which will release on October 8 just for PS4. Xbox One and PC players get their chance only on October 13.