The Call of Duty League 2021 kicked off to an impressive start with the preseason game between OpTic Chicago and LA Thieves. Both teams were ready at 6:00 PM ET on January 25 for a 4v4 clash in Black Ops Cold War. OpTic and 100 Thieves share a healthy rivalry dating long back. Naturally, the preseason match was a heated clash and possibly the best game to kick the season off. 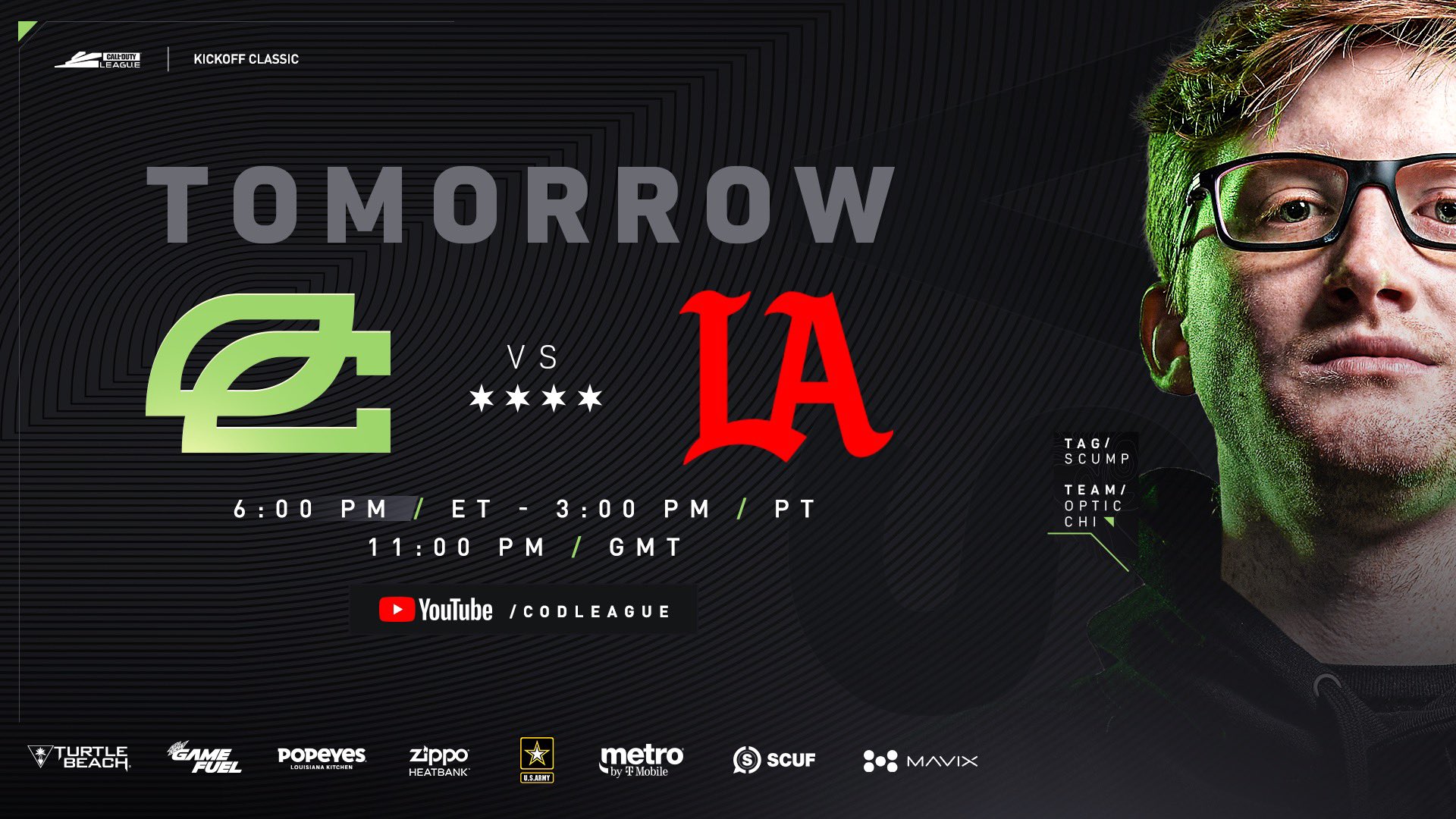 Before Nadeshot established 100 Thieves in 2016, he was in and out of OpTic’s main roster. However, due to a series of reasons, Nade left OpTic. What once was the most popular beef in the gaming community was put to show in the 2021 season of the Call of Duty League’s preseason game.

The matchup was a massive success as it raked in north of 100,000 live viewers. Fans absolutely enjoyed the match that OpTic won. Nadeshot’s former team bested his current one as OpTic Chicago swept LA Thieves with a score of 3-0.

100,000+ viewers for a preseason game, Call of Duty just hits better with the Thieves and the real OpTic back to play

With the help of Envoy’s 10-kill game, OC continued their momentum, clutching the Checkmate Search and Destroy with a score of 6-4.

Cleaning up the game, FormaL once again led the charge with 27 kills in Raid Control. Envoy followed right behind with 21 kills as OC closed off the fan choice exhibition match with a 3-0 score.

Although the season hasn’t formally started yet, the LA Thieves would need to work on its strategy from scratch. If anything, the preseason match has proved that Nadeshot’s team needs a little more practice to adjust to the league on Black Ops Cold War.

Both the teams’ owners congratulated the opponents as the game came to an end and wished each other luck for the upcoming season.

GG’s to the squad: @DylanEnvoy @DashySZN @FormaL @scump & @Sender and to @LAThieves, excited to see this new season of @CODLeague!

While the two owners were civil, the internet had a really great time as OpTic Chicago swept LA Thieves. Even Call of Duty veteran and popular streamer Dr Disrespect joined in on the fun.

A lot of people tied this match back to the Nade and H3CZ beef.

Excited for Call of Duty season to officially begin

Lots of them. past, present, future.

The preseason game proved that the upcoming season of the Call of Duty League is going to be extremely exciting. Contrary to prior belief, the 4v4 Black Ops Cold War season could turn out to be a massive success.

Damn soooo underwhelming lol, but it’s kinda what I expected tbh. I can’t wait for the real games to start I think this LAThieves team will be a top 3 team all year. Man did I miss 4v4 lol

GOOD START BOYS KEEP THE BALL ROLLIN!! One day at a time💚💚💚

The league starts just a few weeks from now. On February 11, the Call of Duty League 2021 kicks off with the Atlanta Home Series. The LA Thieves face off the Minnesota RØKKR at 2 pm CT, while OpTic will take on the Paris Legion at 2 pm CT on Feb. 12.