Call of Duty Mobile might allow the abuse of a broken weapon inside ranked lobbies, but they never lack content. A season usually lasts around 40 days, if there are no delays. In those 40 days, CoDM provides their audience with plenty of content to suffice the time.

Apart from the new events every week, there is another way for free-to-play players to get cool skins. The credit store is CoDM’s way of donating free skins that are usually better than the most free-to-play skins available in the game.

The currency that can be exchanged in the credit store are in-game credits, which players earn through various methods. By playing the game constantly, players can earn a lot of credits. Every season comes with a credit store update, which changes the items available in the free store.

Usually the operator skills for multiplayer are only available for purchase in this free store. The other option is to unlock them from the Battle Pass of the season they are released.

CoDM’s global version is going to get a credit store update for this season. While we don’t know the date yet, we expect it to come early next week. Below are the new items to look out for in the credit store: 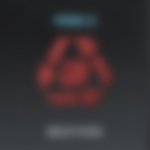 CoDM’s Chinese version is teasing a lot of new content. Activision has provided no confirmation to the queries about the global version getting the same content as the Chinese one. However, we believe they will make a few integral elements similar on both the versions.

One such integral element is perks. CoDM multiplayer will not host different perks in different versions, as that will rule out any kind of cross-play during World Championships. The timing of the release of various perks might be different, but both the versions will be equally equipped in that category.

The Chinese version has teased the Restock perk in the game. This perk allows players to replenish their lethal and tactical equipments every 25 seconds in the game. It is a red-perk inside Call of Duty Mobile, and might be released sometime soon in the global version.

We already have the Shrapnel perk in the global version, which allows players to carry an extra lethal item. These kinds of perks might be useful in the re-spawn modes, where players often run out of equipments if they survive enough gunfights.

Players can expect this perk to arrive in Season 14 and will probably be unlocked through Seasonal Challenges.