Call Of Duty Mobile Season 9 is almost here and new spoilers from the same are dropping in every day. The latest leak leads us to the Battle Pass reveal for the upcoming update. I have already talked about all the major changes CODM is going to make in this new season, previously.

The gunsmith is going to be the most revolutionary change. In addition, Battle Royale will also get massive changes, making it more like Call Of Duty Warzone. Furthermore, the Battle Pass and Ranked Rewards are always something to look forward to. They include new guns, free character skins, and epic gun skins. In the same way, legendary gun skins will still be confined to lucky draws, for the most part. That said, let us get into the new leaks. If you do not want spoilers, this is where you stop reading.

Twitter handle @DannyFromBG released some information regarding Season 9 yesterday. On his YouTube channel, he uploaded the unreleased trailer for Season 9. Have a look;

The trailer confirms that the new season is going to be World War 2 themed. Furthermore, there is also confirmation of charms and a new scorestreak being added. Shield Turret is officially coming to the game as a Battle Pass reward. Here is the confirmation:

🛡💥 Just what you need to play aggressively while defending!⁣
⁣
❓ What kind of top plays would you make with this?⁣
⁣
👍 Shield Turret Scorestreak coming to #CODMobile in the next season! pic.twitter.com/uUPS03Lm8X

That is not all. Four new characters are going to be released into the game. Namely, Lev Kravchenko(in Soviet Dragon uniform), Reznov, Nikto- Stronghold, and Edward Richtofen. In addition to that, Battle Pass owners will get 5 new gun skins and a new gun too. They are Chopper- Fortress, QQ9- Trendsetter, M16- Fubar, Kilo Bolt-Action- Lazarus, and the Striker- Aeronaut. The last one is honestly a disappointment considering it is not a good gun, in any sense.

Nevertheless, with the addition of the gunsmith, we might actually see more of Strikers in Season 6 of ranked. The Kilo bolt-Action is the newest gun in the game. For the most part, nobody knows how powerful this weapon is going to be. It is fair to expect a lot more snipers will be found in the new season, trying out the bolt action rifle. 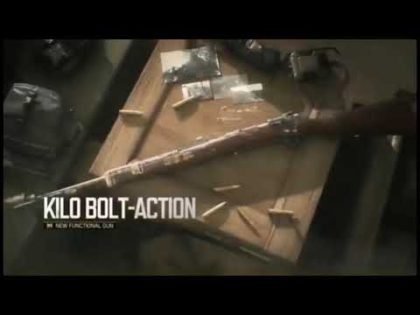 We have the regulars like calling cards and emotes along with charms completing the rest of the Battle Pass. Furthermore, this current season will end this week, probably on Thursday in the US.