Call of Duty Modern Warfare and its cousin, Warzone, have a buttload of new updates. Season 5 updates rolled out on August 5th. Firstly, Verdansk is getting a lot of changes and new guns have also been added. In addition to that, the BR Duos mode is back. Besides, this update brings in the most changes ever on Warzone. Before we get into the nitty-gritty, take a look at the official trailer;

If a player owns the full version of Modern Warfare, they can expect to play in 4 new maps. These are namely Livestock, Petrov Oil Rig, Suldal Harbor, and Verdansk International Airport.

Expect to play Gunfight to Ground War on these new maps. All of these 4 maps will be available at the season launch. Two new game modes that you can be excited about are Bare Bones and Search and Destroy Double Down. Bare Bones is basically the same multiplayer game mode, but without killstreaks, perks, or Field Upgrades. Expect pure unadulterated gunfights there. Search and Destroy Double down is more or less the classic mode but with 12 players. 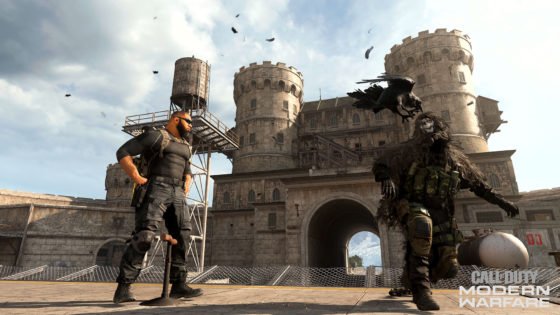 Honestly, there is a lot happening in Verdansk. The Stadium (Acropolis National Arena) is finally opening up, meaning players can now access the inside of it, which has a ton of new explorable places. Take, for example, underground parking or the soccer field. In addition to that, another location is getting interior access: The Train Station. Similarly, the tactical look and feel around these locations will change too, hence demanding a different style of gameplay than usually encountered.

Exterior Ascenders have been added to the game throughout Verdansk, enabling Operators to gain height advantage more than ever before. Last, but not least, probably the most exciting update is the Freight Train. This train will be running in loops in the Southwestern part of the map. And, well, it is up to the players how they want to use it to their tactical advantage.

In addition to everything else, there are two new weapons being introduced: The 9mm ISO SMG and AN-94 AR.

As I said, a lot is happening right now in Call of Duty Modern Warfare and Warzone. Check out the patch notes in full detail here.