During the first half of his career Courtney Walsh served as the stock bowler in the famous West Indies bowling attack, which comprised the likes Marshall, Joel Garner and later Ambrose. But following the retirements of Marshall and Garner, he took up the role of opening bowler alongside Ambrose.He shared 421 Test wickets with Ambrose in 49 matches.

This bowling pair was certainly the most lethal of all time.Having played 132 Test matches for West Indies and 205 ODI’s, Walsh became the first bowler to cross the barrier of 500 Test wickets. He also held the record for most wickets by a bowler in Test match cricket after he broke India’s Kapil dev record tally of 434 wickets. Walsh ended his career with 519 wickets.On his 53rd birthday ES brings you a collection of his top bowling performances. Sit back, relax and enjoy! 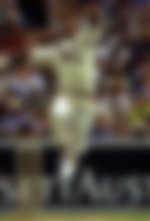 The test series began at Feroz Shah Kotla stadium, New Delhi and West Indies stormed to a comfortable victory. In the second Test match, India batted first and got off to a flying start thanks to a breezy innings from opening batsman Krishnamachari Srikkanth, who made 71, hitting eleven fours and a six.Walsh was brought on as a change bowler and he didn’t take much time to get his first scalp as he dismissed Srikkanth’s opening partner Arun Lal. Walsh struck again a couple overs later, dismissing Mohinder Amarnath for just 1.

He was not done yet as he returned back to pick the key wicket of Srikkanth as the tail-enders failed to put up a fight. India were all-out for 281 inside 68 overs. West Indies gained a handy lead of 56 runs in the first innings. He took 4 more wickets in second innings to put the visitors on top. But for the loss through rain of 613 minutes (156 overs) on the first three days, the second being totally blank, West Indies would surely have won.

The Edgbaston nightmare was still fresh as England turned up at Lord’s – not the way they liked to. Naseer Hussain suffered a thumb fracture while playing for Essex the previous weekend which meant England was without its regular captain.Walsh picked up 4-43 in the first innings of the match, and along with fellow fast bowler Curtly Ambrose who ended with figures of 4-30, reduced England to a meagre 134, giving the West Indies a healthy first innings lead of 133 runs.

However a shocking batting display in the second innings saw them bundled  out for mere 54 runs. Fast bowler Andy Caddick finished with figures of 5-16 from his 13 overs, including eight maidens. It was the 100th Test match at Lord’s and was full of drama and excitement. England needed 188 runs to win the match and were comfortably placed at 95-1. Walsh came in and took 3 wickets for 25 runs to reduce England to 120-4. The match was full of uncertainty with momentum changing its ends, but it was England who managed to hold on to their nerves and won the match with two wickets remaining. Number nine batsman Dominic Cork scored a gutsy 33*.  Walsh finished with 10 wickets in the match.

It was the Sharjah Champions Trophy and the first match was played between the champions of the previous season, West Indies and India. India won the toss and elected to bat first on a slow pitch. India failed to gain momentum as their top batsmen were contained by some fine bowling from Walsh. The West Indies captain bowled Amarnath, ran out Vengsarkar off his own bowling, removed Azharuddin with a direct hit at the bowler’s end from point, and had Shastri caught when he hit across the line. As a result India were bundled out for 169.

In reply West Indies were reduced to 31-3 but some hard hitting from Sir Viv Richards saw them home with five wickets remaining. Walsh’s 10 over spell on a slow turning track was the highlight of the match. 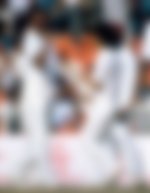 This is the only word which could describe one of the best bowling figures of all time. Playing on a slow wicket at Sharjah West Indies managed to score 248 runs with Richardson scoring his debut century. In reply Sri Lanka were reduced to pieces as Walsh took his solitary five wicket haul in ODI’s.

Marshall and Harper gave away 24 runs in 14 overs and took 3 wickets in total. After the top order collapsed Sri Lanka’s tail was exposed to some hostile fast bowling by the West Indian great. They had no answer to the incoming swinging bowls as stumps kept on rattling. Walsh figures read 4.3-3-1-5 which clearly shows his domination. He was adjusted the Man of the Match. 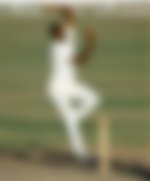 In response New Zealand looked like they were playing on a different wicket all together. Walsh and Ambrose tightened the screws as runs were not coming easily. New Zealand’s openers were cautious in their approach as they crawled their way to an opening partnership of 50. As soon as the fifty run stand was completed, West Indies lost their first wicket. Bryan Young was struck in front for 29.

New Zealand never got going again in the innings as the pacer kept up the pressure and consistently picked up wickets at regular intervals to bowl out New Zealand for 216 in their first innings. Walsh finally ended with figures of 7-37 in 20.4 overs.

West Indies enforced the follow-on and the lambs were once again in front of the deadly lion. Continuing his form from the first innings Walsh ended up with figures of 6-18 as West Indies thumped the kiwis by an innings and 322 runs.