The final showdown in CPL 2019 between Guyana Amazon Warriors and Barbados Tridents will take place on Brian Lara Stadium, Tarouba, Trinidad. The match is scheduled to start at 2:30 AM IST(Oct 13) (09:00 PM GMT / 05:00 PM LOCAL).

Guyana Amazon Warriors will be a big favorite going into this match for sure. They are the strongest team in the tournament and rightfully so. With Brandon King and Chandrapaul Hemraj on the top, the team is very likely to get a strong start. In the middle order, Hetmyer, Shoaib Malik, and Nicholas Pooran has performed consistently though out this season. The bowling looks equally strong with Chris Green, Imran Tahir, Keemo Paul, and Odean Smith in the squad.

Barbados Tridents have picked themselves up and played some good cricket in the later part of the tournament. They defended 160 against the Knight Riders to earn the spot in the finale. In batting, Johnson Charles, Alex Hales, and Jonathan Carter has played well through out this tournament. JP Duminy and Shakib Al Hasan have added extra stability to the team as all rounders. In bowling, Harry Gurney, Jason Holder and Hayden Walsh will have to perform their best in the finale.

The last time these two teams played against each other it was a run fest. Guyana Amazon Warriors won by 30 runs, defending a score of 218.

The pitch at Brian Lara Stadium favors both the batsmen and bowlers. The batsmen can get a good score if they settle in, but the bowlers will be at a much sweeter spots on this pitch. A score of 170 or above would be a very safe score to defend. Though we might see some clouds, fans are likely to see an uninterrupted game as per the forecast.

Batters:  B King, S Hetmyer, A Nurse, A Hales 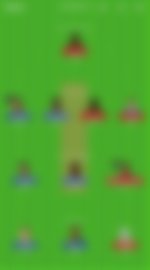