The 6th match between Guyana Amazon Warriors and Barbados Tridents will be played on 8th September at the Providence stadium, Guyana. The match is scheduled to start at 9 PM GMT.

The most successful batsman for Guyana Amazon Warriors from last season, Shimron Hetmyer seems to be in-form for this season too. He scored a qucik fire 70 in the last match to make sure his team crosses the line. Shabad Khan has been crucial for the Warriors’ victories this season. He has taken a total of 5 wickets in two outings this season.

With international players such as Alex Hales, JP Duminy in Tridents’s side their batting order looks strong. Josh Lalor will be crucial for team’s bowling department since he just had a successful run in Big Bash. barbados Tridents has been on a losing streak for last few matches, something they would not like to continue in this match against the Amazon Warriors.

Shoaib Malik is reportedly clear to play the third match. Malik suffered a blow to his forearm in the first match.

It’ll be a sunny day in Providence on 8th September. SO fans can expect a good game of cricket on Sunday. The pitch at providence is a paradise for bast bowlers for sure. However, batsmen can get big scores on this fast and bouncy pitch once they settle in.

Guyana Amazon Warriors has won 8 of the 11 matches played between these two teams since 2013. However, the statistics are pretty even for the last tournament as both the teams have won one game playing against each other. 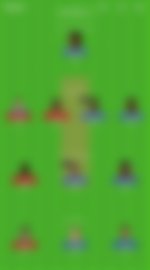