In the fourth match of the Caribbean Premier League 2019 Trinbago Knight Riders will take on Jamaica Tallawahs at the Providence Stadium in Guyana. The match is scheduled to start at 12 PM GMT on Spetember 7th.

Guyana Amazon Warriors will be high on confidence going into this match having won its first match of the tournament. Warriors’ all rounders  Keemo Paul and Chris Green are contributing with both bat and the ball. Chris Green scored 28 runs off 15 balls and took 2 wickets in the last match, helping his team get over the line.  Shabad Khan also picked up 3 wickets in the last match for the Warriors. With enough match winners in the team and momentum on the side, Amazon Warriors seems to be the favorite going into this match.

Meanwhile the Patriots will need its batsmen to put up a better performance than the last time. Carlos Brathwaite will be expected to contribute more with the bat. Evin Lewis looks to be the in-form batsman for the Patriots.

There are no updates on the injuries from both the sides. Though Shoaib Malik didn’t field in the last match after the ball hit his forearm while batting, he will most likely play this match.

Although there has been forecast of rain today, fans can expect to a full game of cricket without any interruption from the weather. 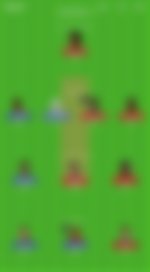