Global Warming is on a rise and so is the heat in the sporting arena of cricket. It seems that the aggression of senior players has started taking toll on them, leading to controversies both on-field and off-field. The year is about to end and when looked upon it, it was a year full of controversies. So let us analyze what all happened in terms of controversies in 2015.

On the second day of the third Trans-Tasman Test between the Kangaroos and the Kiwis, Nathan Lyon was facing Mitchell Santner. Suddenly, a delivery shot past the back of his bat after kissing his shoulder on an attempted sweep shot by Lyon. The first slip took the catch easily and the decision was referred to the TV Umpire Nigel Llong. This was where the controversy set in.

There was a slight spot on the back of Lyon’s bat but Nigel was of the view that it could have come from anywhere and was not a conclusive proof of the ball hitting the bat owing to the fact that Snickometer didn’t show any that there was any sound of the ball hitting the bat. In fact, Lyon was himself walking towards the pavilion before he was called back. After that, Nigel Llong tried to view a possible LBW but the replay that was shown was of another delivery. All this ultimately led to wasting more than 5 minutes and it drew great criticism from everywhere.

Kohli and his aggression

Virat Kohli is known for his aggressive approach on the field. The twist, however, came when he got aggressive off-field during the ICC Cricket World Cup 2015. He hurled abuses at an Indian journalist, for having published stories about Kohli’s personal life in the past.

However, it became clear that the recipient of the abuses was not the intended target. All this forced Kohli into a quick apology. But the journalist went to file complaints with the ICC and the BCCI. But, as he hadn’t violated any concerned law, the matter was undisputedly laid to rest.

It all started when Pietersen was found guilty of sending ‘provocative’ messages to the South African players during the ongoing Test series between the hosts and South Africa in England. This led to a fury and Pietersen was dropped from the last Test match of the series held at Lord’s, although he had scored a match-saving century in the previous Test itself.

Some time later, Strauss hurled an abuse for Pietersen in a TV show. The final nail in the coffin was hammered when Strauss became England’s new director of cricket this year. What came out was that Pietersen was told that he won’t play international cricket in new future, despite the fact that he was having a good run in the domestic arena.

India’s tour to Sri Lanka in August this year was a success as the team won its first ever test series in Sri Lanka. But, the series was also marred by an ugly spat between Indian pacer Ishant Sharma and his Sri Lankan counterpart Dhammika Prasad. The rivalry grew in the last Test match of the series. It was the last session of the fourth day where Ashwin and Ishant were trying to help India get a substantial lead while batting. 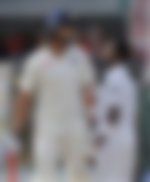 Dhammika came in to bowl and shot three consecutive bouncers to which Ishant Sharma ducked and left easily with a smile on his face. This was just the beginning. Ishant tucked the next ball for a single and then made a weird gesture of banging his helmet while running towards Dhammika as if he was provoking Dhammika to hit him on his head. Dhammika lost his calm and suddenly heated exchanges started taking place between the two. It was followed by Dinesh Chandimal coming from the slips, brushing aside Ishant, and eventually, Ashwin got annoyed too. The interference of the two umpires and Angelo Mathews finally ended the brawl. Yet, Ishant bore the cost as he was banned for one Test match.

This is the most recent controversy that has taken a toll in the political arena too. The Indian Government initially rejected the idea of resuming bilateral cricket ties between India and Pakistan, although, there were speculations of the two nations having a series in UAE in December-January. After a long political and diplomatic drama, the series was finalized to be held in Sri Lanka as the neutral venue.

Soon protests started coming up and ultimately, the series is now almost cancelled with PCB chief Shahryar Khan saying that he has lost all hopes of the Indo-Pak series in December-January. He, however, further added that, if the Indians allow a room, then there might be a possibility that the two nations play a bilateral series in 2016. It can be precisely said that political diplomacy overpowered the spirit of the sport.

Who can forget the quarterfinal between India and Bangladesh in the ICC Cricket World Cup 2015? India batted first and Rohit Sharma was all set to take India to a strong total when suddenly the controversial ‘no-ball’ was bowled. Rubel Hossain bowled a full toss and Rohit Sharma was caught at deep square-leg. But, the leg umpire Aleem Dar signaled a no-ball for above waist height.

Replays showed that the ball dipping below the waist and it was an unfortunate decision for Bangladesh. Rohit Sharma was in his nineties and then went on to score a match winning knock of 137 runs. Bangladesh PM, Sheikh Hasina, went on saying that their team would not have lost but for that wrong decision. However, ICC settled the issue by stating that it was close call for any umpire and it is in the spirit of the game that the decision of the umpire is respected.