The legendary leg-spinner Shane Warne believes that the former Australian captain Ricky Ponting made the worst decision as a captain in 2005 of bowling first in the second test against England in Edgbaston.

Ricky Ponting is considered as one of the most successful captains in international cricket across the world. His records while captaining Australia are phenomenal. Under his captaincy, Australia totally dominated the longest format of the game. Ponting has lost only 20.77 of his total test matches. The legendary leader led Australia in 77 test matches which include 48 wins, 16 losses, and 13 draws. The Kangaroos also managed to whitewash the English in Ashes 2006-07 by 5-0 under Ponting’s captaincy. 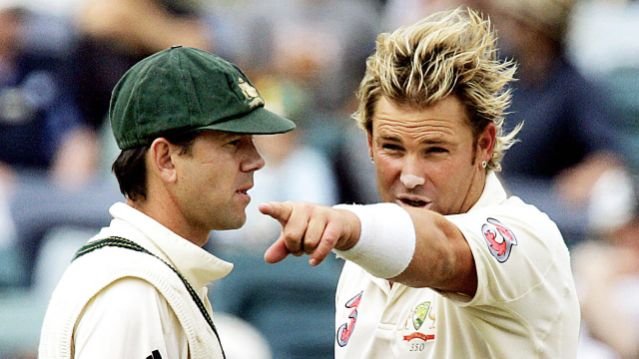 Punter has got your back: Shane Warne

Though Ponting was a legendary captain, he faced some setbacks too. Recently, Shane Warne discussed the iconic Edgbaston test which England won by 2 runs with veteran cricketers Michael Vaughan, Marcus Trescothick, Kevin Pietersen. The four legends discussed some of the greatest moments from Australia vs England clash.

Talking about Edgbaston test, Shane revealed that its track was a road and it was not friendly for the bowlers. He added that therefore opting to ball first was one of the worst decisions by any captain.

Warne said, “Nasser (Hussain) goes down as one of those people that had one of the worst-ever decisions when he said ‘we’ll have a bowl, thanks’ at Edgbaston [in the 2002/03 Ashes], but at least at The Gabba the ball swings or does something on day one. This was a road and the ball did nothing”. He further added as quoted by foxsports.com.au, “Punter’s (Ponting’s) decision to bowl first was just the worst decision ever, by any captain. So take a back seat, Nas, Punter has got your back,”

Australia has earlier won the first match by a huge margin of 239 runs. However, England won the second match by 2 runs to level the Ashes 2005 at 1-1.