Ben Stokes and Jos Buttler, England’s cricket stars, are the recent recipients of royal honours. These royal honours were bestowed upon them for their excellent service to the game of cricket. The investiture ceremony was conducted at Buckingham Palace on 25th February.

Ben Stokes and Jos Buttler with the awards

Ben Stokes received the Officer of the Most Excellent Order of the British Empire (OBE) honour. He played brilliantly at the World Cup 2019 with an unbeaten 84. During the Super Over he led the team to their triumph.

🏏 Congratulations @benstokes38 OBE, honoured at Buckingham Palace today for services to Cricket by The Duke of Cambridge 🎖️ pic.twitter.com/A6u6pMnk2X

On the other hand, Jos Buttler received the  Member of the Most Excellent Order of the British Empire (MBE) honour. Buttler’s performance during the World Cup 2019 was commendable. He collected Roy’s throw and the run-out of Martin Guptill.

Royal awards received by other players

Furthermore, England’s white ball captain Eoin Morgan, Test captain Joe Root, and Coach Trevor Bayliss are in the list as well. The honours they received are a part of New Year’s Honours List. This is based on England bringing home the ICC World Cup 2019 trophy. 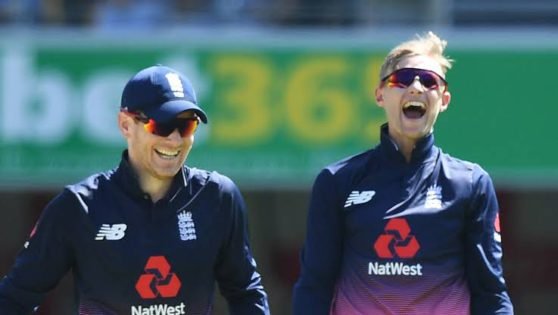 Graves said, “Without a shadow of a doubt, it’s two great players and to share the day with them is brilliant. You just have to look at the Sports Personality of the Year awards, Stokesy won the main award, the team won the team award, and the team won the moments of the year award.”

The highest ranking award is the CBE, which stands for Commander of the British Empire. Following this award comes the OBE and MBE.