Indian cricket team captain Virat Kohli enjoys a massive fan following on both Instagram and Twitter. He is the most followed Indian personality on Instagram with a following of 62.5 million. Recently the batsman posted a short clip on his social media and asked his fans to caption it.

It is a transition video from some old ad shoot. In the video, Virat was seen running from a start position while his frames are freezed in front of him at some distance. His each frame gets combined with the previous one as he runs forward. In no time, the video went viral on social media and a lot of people came up with some of the hilarious replies.

While posting the video, Kohli wrote, “Caption this!”

Some amazing replies on the video by Virat Kohli

Other than Virat Kohli’s fans, some cricketers and famous personalities also tried to help Virat in finding a perfect caption for his video.

The former Indian bowler Harbhajan Singh commented on the post appreciating the editing done in the clip. He wrote, “Nice Edit”. On the other hand, Bollywood actor Kunal Khemu suggested a perfect motivational caption for the Indian skipper’s video. He had commented, “Feeling low? Pick yourself up and RUN” 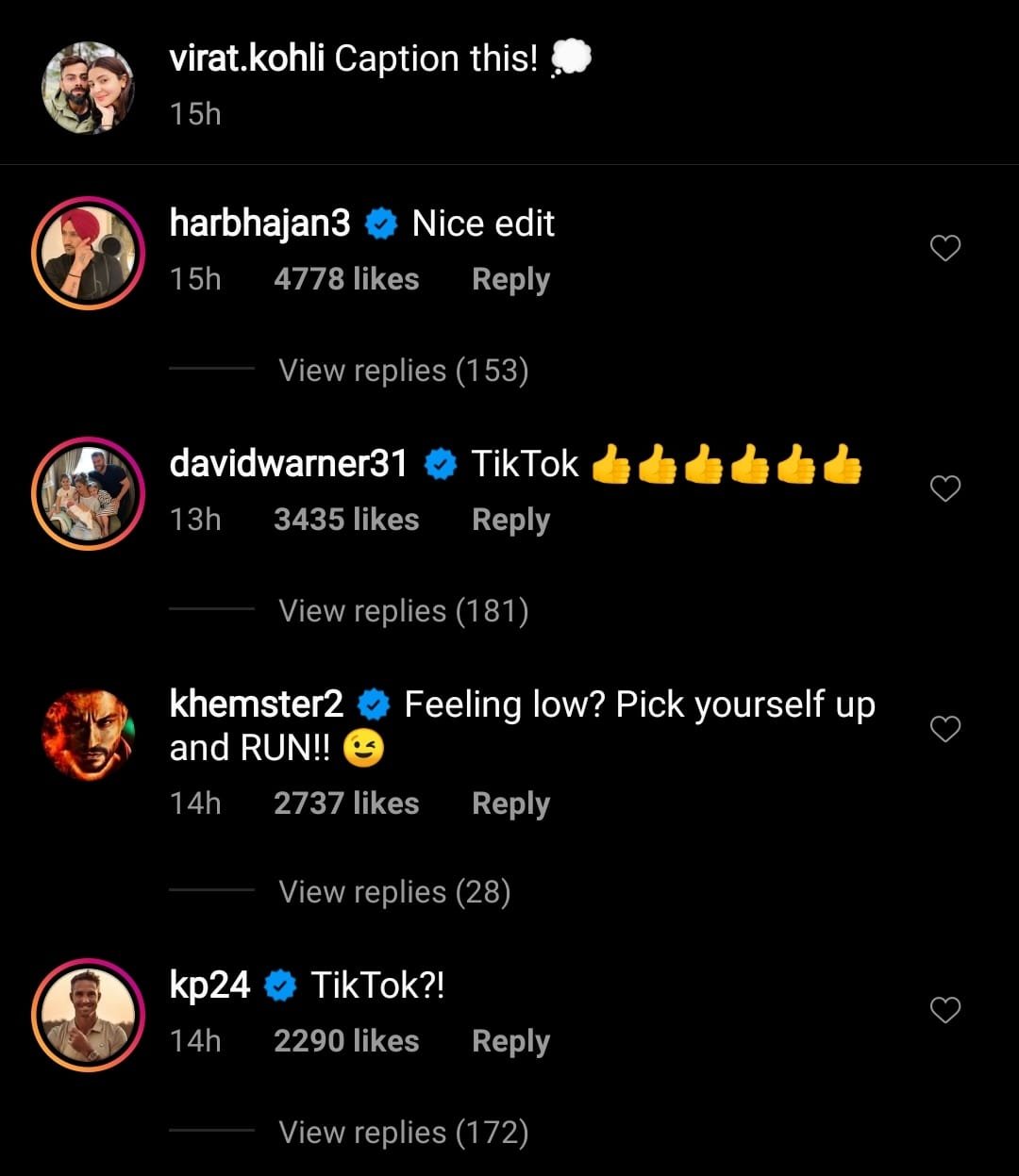 The two comments which caught our attention were by David Warner and Kevin Pietersen. By seeing the video posted by Virat, they are hoping to see him soon on that social media platform. Both Warner and Pietersen are quite active in making Tik Tok videos and have developed a liking for that app. They also have been requesting the Indian captain to debut on Tik Tok for a long time now.

One caption suggestion that left the fans in splits was by famous Indian YouTuber Bhuvan Bam. Bhuvan gave a hilarious touch to the whole video by relating it with the current situation in the world. He wrote, “Corona capturing everyone who’re roaming outside without masks.”

Corona capturing everyone who’re roaming outside without masks..