The International Cricket Council’s decision of banning the use of saliva to shine the ball has been put under scrutiny by many bowlers around the world. Many veteran cricketers feel this will tilt the game slightly in the batsman’s favor as bowlers would not be able to reverse swing without saliva. Also, this will majorly impact the longest format of the game as it would create an imbalance between bat and ball. However, England’s Test team captain Joe Root has a different opinion regarding the new rule by ICC. He believes that this step is important to ensure the safety of players in the wake of the coronavirus outbreak. Joe further stated that initially bowlers will face difficulty but they will adapt to the surroundings and will come up with new ways to make things work.

As per IANS, Root stated, “Not having the assistance that you might normally have meant your accuracy has to improve. Guys will have to find another way to get something out of the surface. Whether that’s a bit more effort, changing angles on the crease, using the wobble seam they might not have in their locker. It could develop our bowlers in a four or five-week period.”

He further explained, “Don’t think it would change too much in England. It depends on the conditions. There has not been too much cricket played so the squares and the outfield will be really lush so the damage to the Duke ball really doesn’t take effect until the 40th or 50th over if that is the case so there should be enough swing. They normally stay hard longer than the Kookaburra or the SG balls. So, I can’t see it having as much of an impact especially at the start of the summer. Ultimately it’s going to be the same for both sides and it has to be managed by both teams.” 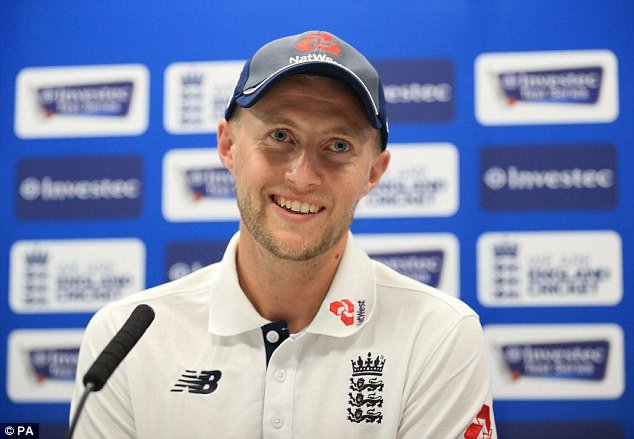 England and Wales Cricket Board is the first organization to organize a cricket match in their country after a long break due to the COVID-19. The game of cricket was suspended for the past three months due to the increasing number of coronavirus cases in the world. However, the authorities are now trying to bring back some kind of normalcy in the game. England cricket team would be facing the West Indies team for a three-match test series from July 8.

Keeping that in mind, Joe Root said that the team would be exploring different methods to shine the ball and make it swing. He also praised his teammates saying that they are practicing really hard to bowl without using the saliva. The 29-year-old quoted, “I suppose it is about how skillful can you be at using different things. Whether it be getting lateral movement off the seam, the spinners come into play a little bit more. Or whether to find different ways of getting wickets whether it be by creating pressure and forcing batsmen to mistakes. There are lots of ways of thinking about it and we will be exploring leading into the game.”

“The guys are actually practicing really hard without saliva, seeing how it plays out and whether there is any deterioration. But we will really know only when we start playing the matches. It might be different in different grounds or have a bigger effect in the second innings.”, Joe concluded.