THROWBACK: When Israel Adesanya Pretended to Urinate in the Octagon

Harbhajan Singh comes forward with his pick for best XI. The XI includes the players he previously played with or against during his international career.

His best XI includes his former teammates Sachin Tendulkar, Virendra Sehwag, and Rahul Dravid. Next his selection includes Ricky Ponting. According to Harbhajan Singh, Ponting “was a leader” and that’s why his inclusion in the list. Sri Lanka’s Kumar Sangakkara is selected for the wicket-keeper position. The bowling team of the selected XI includes Wasim Akram, Shaun Pollock, and Glenn McGrath. The only spinner Singh selected is Shane Warne. The only all-rounder specialist that Harbhajan Singh includes in his list is Jacques Kallis. 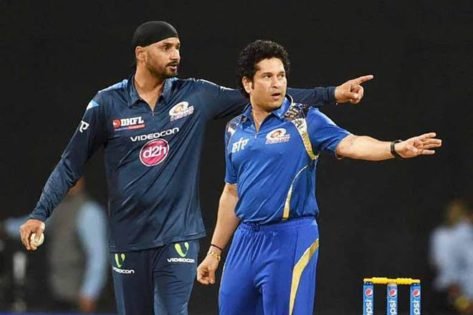 During his interview with TCM, he commented on his selection of Sehwag opening with Australia’s Matthew Hayden.

“He was someone you could compare with Viv Richards. He wasn’t afraid to take anyone on, and he would score at a pace where he would set the match up for the bowlers.“

Additionally, Singh said that Sehwag is a middle-order player. Due to this he always put up a display of great performance against spin deliveries. Therefore, delivering to him is a difficult task due to his great leg and bat movements. 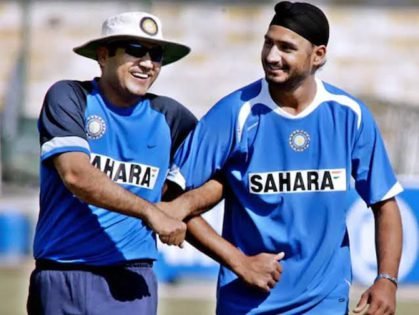 When asked about Sachin Tendulkar, Singh said that Tendulkar is one of most correct batsman he has played with.

“Sachin was obviously Sachin. The most correct batsman I’ve ever bowled to. I played for Rest of India v Mumbai in the Irani Trophy a couple of times and he always got runs.”

Furthermore, he said that to dismiss him it takes double the number of good deliveries than it would take to dismiss a normal batsman.

When it was about Rahul Dravid, Harbhajan Singh said that Dravid is one of the players on whom one can depend on-field.