The veteran cricketer Harbhajan Singh recently made a big revelation about the former Indian captain MS Dhoni. The spinner told that Dhoni was a very shy person at the start of his career. He also added that it was only after the Australian series in 2008 that Dhoni started opening with the team members.

MS Dhoni and Harbhajan Singh have played a lot of cricket together. Infact they are a part of the same team Chennai Super Kings in the Indian Premier League. As a result, the duo knows a lot about each other in terms of behavior and habits.

In an Instagram live session with sports producer Rupha Ramani, Harbhajan Singh admitted that his controversy with Andrew Symonds changed the atmosphere of the Indian dressing room.

Harbhajan told Ramani, “We have played a lot of cricket together, we have toured a lot of countries together West Indies, Sri Lanka, New Zealand, Australia. MS was a very shy guy. He never used to come to our rooms. He used to be on his own. We used to hang out with Sachin [Tendulkar], Zaheer [Khan], Ashish [Nehra], and Yuvi [Yuvraj Singh]. MS was a very quiet guy,”

He further added, “And then the 2008 series happened. The Test match (Sydney) got everyone together in the Indian team. Those moments made us believe ‘we are all together in this’. From that time onwards, he started opening up a bit and started sitting with us. Of course, he was a young guy.” 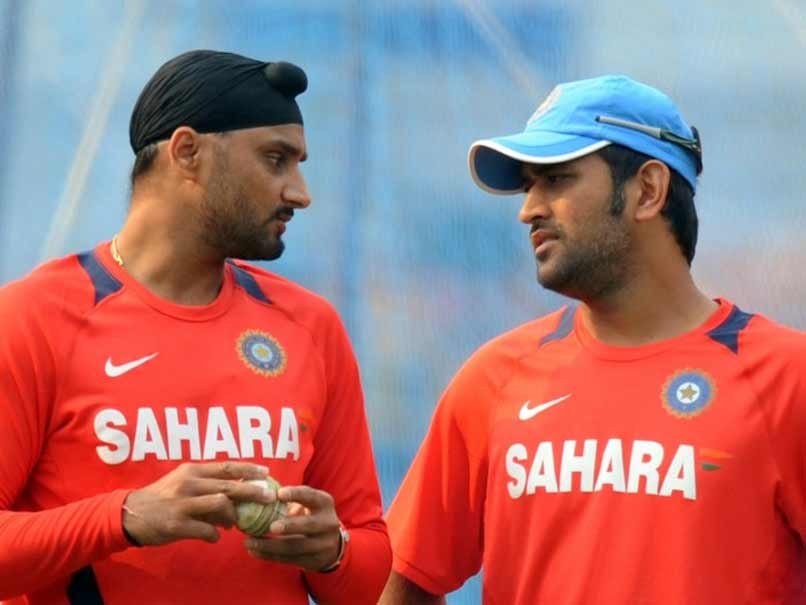 MS Dhoni as a captain

During the live session, CSK’s senior bowler also talked about the leadership skills of MS Dhoni. Harbhajan revealed that Dhoni is still a very quiet person and he gives space to his teammates.

The 39-year-old said, “But even after he became captain, he was quite shy. When he used to give suggestions, he came to us. He still remains the same. MS will not tell you what field to set and what not to.” He also added, “Not just me, but everyone. A guy like Deepak Chahar, he gave everything the freedom he needed to explore himself. That’s something everyone should learn from him giving you the space you need to a bowler or a batsman is a very, very important,”

Harbhajan Singh was associated with the IPL franchise Mumbai Indians since the beginning of the tournament in 2008. However, he was released by the team in 2018. Since then he is a part of Chennai Super Kings as they picked him up in 2018. Talking about his experience with CSK, Harbhajan admitted that it felt like a dream. He also said that it was difficult for him to play against his former team Mumbai Indians at the beginning of his session with CSK.

The legend said, “First time, it was very strange. I was like ‘what is this? Is this a dream?’ Whenever we played against CSK, it was like India-Pakistan, it was a tough game. Then suddenly, I was not wearing blue, and wearing yellow was difficult. It was very difficult to get used to.”

“Luckily, we played our first match against Mumbai. I was like, ‘it was good we got over this match early’. Throughout the first season, it was difficult. After that, we won the trophy. The second season was better,” he concluded.