Naomi Osaka Reveals The Legendary Athlete She Wants To Meet

Indian cricketer Suresh Raina is a big admirer of former Indian captain MS Dhoni. The two play for the same franchise Chennai Super Kings in the Indian Premier League. Recently in a youtube interview, Raina credited Dhoni for his brilliant performance in the 2015 World Cup against Pakistan.

Raina scored 74 runs in that match in just 56 balls with a strike rate of 132.14. The left-handed batsman used to bat at number 5 for the Indian team. However, in that particular match he was sent at number 4 but it was totally worth it. Raina said that it was Mahi’s decision to let him bat in a different position.

Raina quoted, “I never questioned his decisions. I remember I was having a sandwich or something during our match against Pakistan in World Cup 2015. Suddenly after 20 overs, he said ‘pad-up’. I padded up. Virat was batting really well and this happened just a few overs before Shikhar (Dhawan) got run out. So I got out in the middle, played a few shots, and scored 70-80 runs,” 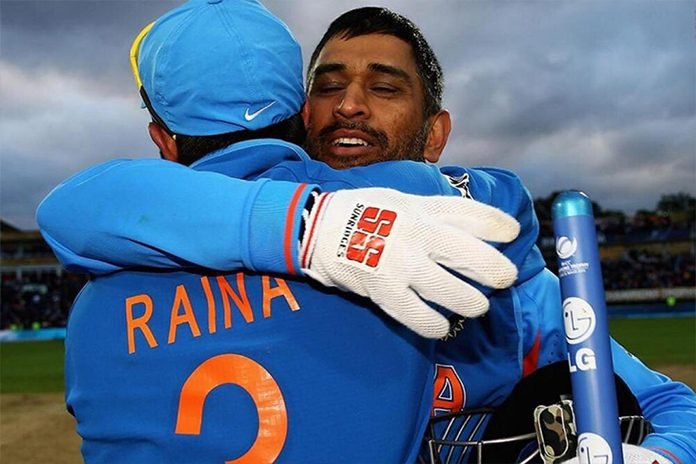 MS Dhoni used to stand behind the stumps for the entire match: Suresh Raina

The 33-year-old further revealed about his discussion with MS after the match. He was curious to know what prompted Mahi to take that sudden decision and asked about the same. He stitched up a partnership of 110 runs with Virat Kohli, the centurion in that game, which gave India an advantage in the game.

Raina revealed, “After the match, I asked him why did you send me up the order? He said, ‘I thought you will play better against the leg-spinner who was bowling at that time’. He also praised me for my batting. So I also want to know what goes on in his mind,”

Owing to the 110 runs partnership between Suresh Raina and Virat Kohli, India managed to put a total of 300/7 on the board for Pakistan to chase in 50 overs. However, Pakistan lost the match as their team collapsed at 227 runs in 47 overs.

Praising MS Dhoni further, Raina exclaimed that Dhoni is always ahead of the game and is god gifted. Raina also shared about the time when MS told him to come to him for advice at any time as they both played for two different teams for 2 years in IPL.

The left-handed batsman said, “He was always a step ahead. He used to stand behind the stumps for the entire match, assess the pitch, whether it has turn and swing… He was seldom wrong, I can say he was god gifted. Later when I became the captain of Gujarat Lions in IPL, he told me ‘you can come up to me anytime for suggestions.”