Former New Zealand wicketkeeper-batsman Ian Smith believes that the West Indies legend Vivian Richards would have excelled in all the formats be it Test cricket, ODI or T20 in today’s time. Ian further added that Richards would have made much more money than many foreign players like Pat Cummins and Ben Stokes in the Indian Premier League (IPL)

Smith made this revelation at an interaction organized by the International Cricket Council (ICC) as a part of their podcast series titled ”Inside Out”. Ian Smith quoted, “I believe Vivian Richards would have made a go at cricket in any format in any decade. That’s why, I mean you look at his strike rate which was so superior to anyone else’s at that time, that is a T20 strike rate without even having that game in his mind,”

He added, “He would have been an absolute legend in T20 cricket. They would have paid more money than they did for Pat Cummins, Ben Stokes and all other guys put together, to get Viv Richards in their line-up, because it would put more bums on the seats,” 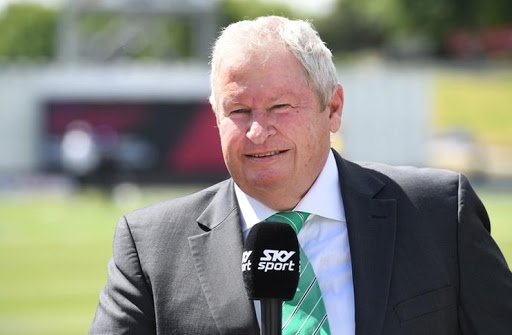 Viv Richards would have been an absolute crowd-pleaser in IPL

Ben Stokes and Pat Cummins are the two very valuable players for their respective teams in the IPL. They are two of the highest-paid overseas players in the league. In fact, Cummins was bought by Kolkata Knight Riders in auction for IPL 2020 at the whopping price of Rs. 15.5 crores.

Meanwhile, Vivan Richards is one of the greatest batsmen to have ever played the game of cricket. During his cricketing career, he has scored 8,540 runs in 121 Test matches and 6,721 runs in the ODI format at an average of 47. In the context of the same, Ian Smith said that Viv was a charmer and would have played the shorter format of the game brilliantly.

Smith revealed, “He would have been an absolute crowd-pleaser and television would have gone through the roof. I will sum it up by saying that whenever you sit down and pick all-time World XI, he is always in mind, I promise you,”