India’s veteran cricketer Sachin Tendulkar recently revealed about his first-ever desert storm experience. Sachin remembered the 1998 Coca-Cola Cup – a tri-nation tournament in Sharjah in 1998. Australia and New Zealand and India were part of the league.

The tournament was won by India owing to the brilliant performance by the Master Blaster. Sachin was declared as the man of the match for his splendid performance throughout the ODI tournament. However, winning the tournament was never easy for the Indian team because of the weather conditions in Sharjah.

The Indian team also lost a match against Australia in the tournament due to a desert storm during the match. India and Australia were fighting to reach the finale. India had to chase the target of 285 runs in 50 overs. Everything was going well for the Indian team as Sachin had scored a century and was playing quite well. However, the sudden change in the weather conditions resulted in a 46 overs match. India lost the match by 24 runs as they had to score 276 runs in 46 overs due to some horrible calculations. 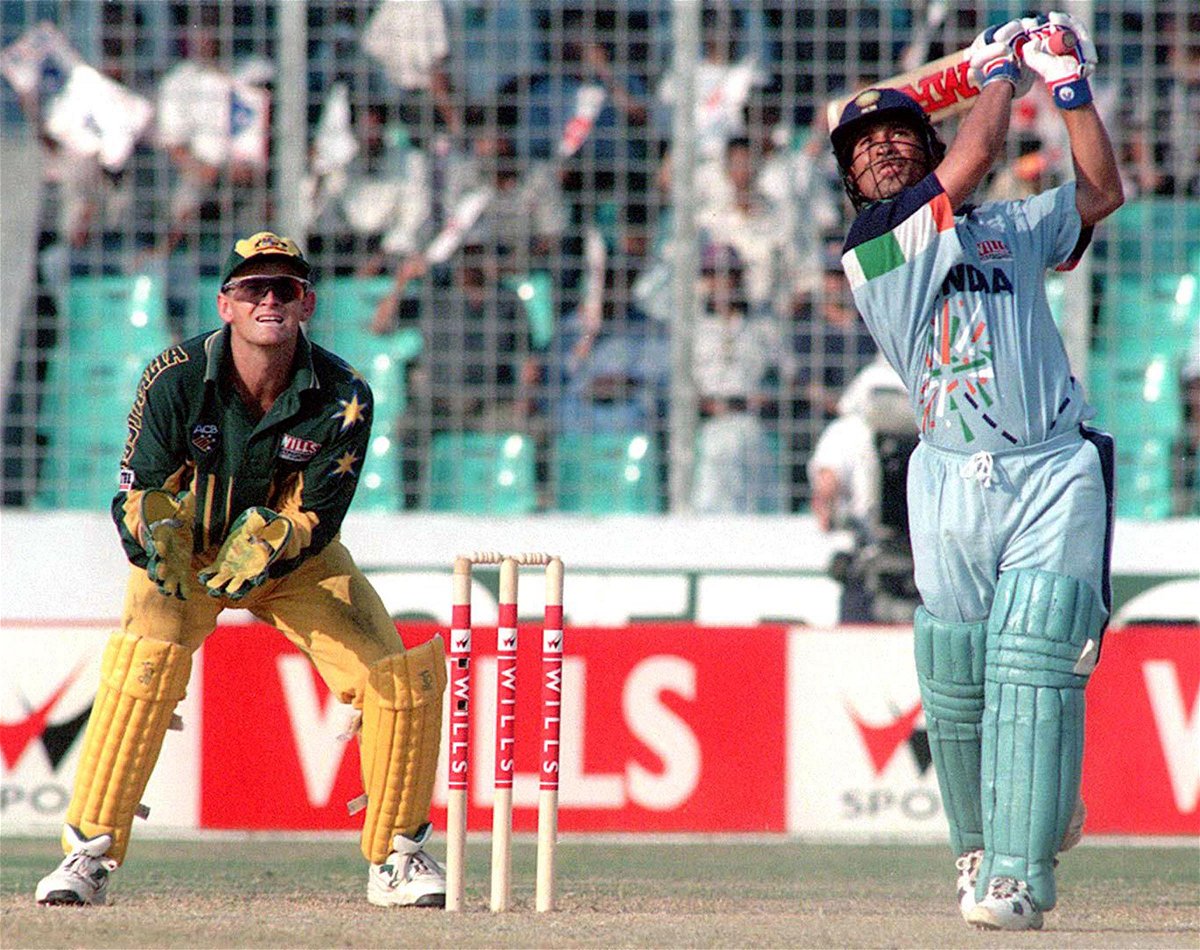 This was my first ever experience: Sachin Tendulkar

Talking about that match, Sachin revealed that he was quite scared seeing the storm hit the stadium. He also added that it was the first time he was having an encounter with a desert storm. He was also very upset due to the big change in the target.

On the Star Sports’ show ‘Cricket Connected’, Sachin revealed, “We went inside the dressing room thinking of the new revised target, what it would be. Eventually (when play resumed) we had 46 overs but if I’m not mistaking only 8-9 runs were deducted from the target so I was quite upset. When we plan a chase we do it according to the full quota of overs and suddenly 4 overs are taken out and only 9-10 runs are deducted That is where your calculations go for a toss.”

The legend also recalled how he was about to hold Australian wicketkeeper Adam Gilchrist to save himself from getting blown away.

He added, “This was my first ever experience. I had never seen a desert storm like that. When I saw that, the first thought was that I was gonna get blown away by this. Adam Gilchrist was standing right behind me. The storm was so strong that I decided to forget about all social distancing and was ready to hold on to him because if the storm blows me away then at least there will be 80-90 kilos, Adam Gilchrist, with me, so I was thinking literally like that, that’s when the umpires decided to leave the field”

Though India lost that match to Australia, they managed to reach the finals. In the finale, the two teams again went against each other. But this time, India was able to register a victory owing to the Sachin Tendulkar’s knock of 134 off 131 balls.

WATCH: Sachin Tendulkar Discloses Getting The Better Of Glenn McGarth During The 1999 Adelaide Test