Liam Plunkett recalls the time when he faced Shoaib Akhtar for the first time. He believes that it was an extremely frightening situation.

England’s fast bowler reveals that it was the first time he was facing Akhtar. Even though the two of them had been teammates earlier at Durham, the Pakistani speedster did not take it slow on the England player. Therefore, when they played at Lahore, it wasn’t exactly a positive experience.

The match between England and Pakistan was Plunkett’s Test Cricket debut. Shoaib Akhtar walked up to him and threatened to kill him before smiling and walking away. Even though in all probability, Akhtar meant it to be banter, it was enough to make Plunkett be actually scared and intimidated.

“In county cricket, I was first-change to Shoaib and Harmy. I was at slip for Harmy and leg-slip for Shoaib. I faced Shoaib Akhtar in my first ever Test match. Because I played with Durham before that, I was marking my run-up before the Test and he just smiled and said ‘I’m gonna kill you’ and laughed.” 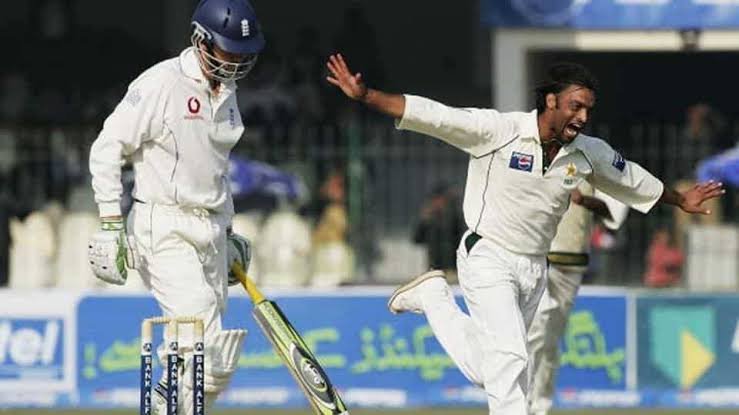 The England player talks about the Pakistani’s bowler’s speed

Moreover, he talks about the playing conditions that added to the situation. Liam Plunkett realised that Shoaib Akhtar was bowling at 90 miles an hour. He was in line for batting following Ashley Giles’s dismissal. In fact, once on field, a particular delivery hit him on the shoulder. That was made him “sh** his pants.”

“I remember it like it was yesterday because I had my bat, at that time – you think [now] these bats are so thick and stuff – but it was Kashmir willow, it was really thin. And I was sat ready to bat, I was next in, and the TV screen’s right there, so you can see it’s like 96, 97, 96 [miles per hour].”

“Ashley Giles’ stumps get taken out, and I walk out to a guy who’s bowling 90 miles an hour.”