The IPL 2020 was earlier scheduled to start on March 29. However, due to the rise of coronavirus in the country, BCCI suspended the tournament till April 15. But the BCCI has now postponed the IPL for an indefinite time as the central government extended the lockdown in the country till May 3.

On April 25 (Saturday), Hardik Pandya hosted a live session with the Indian batsman Dinesh Karthik. During the live Hardik said that the league without the crowd would feel different but it would be a smarter idea.

Hardik admitted, “It will be different. We are used to playing with the crowd as the feel of competition comes with the crowd. I’ve played in the Ranji Trophy without crowds, and it feels different. To be honest, if that (IPL behind closed doors) happens, then it will be a smarter option. At least people will be entertained at home.” 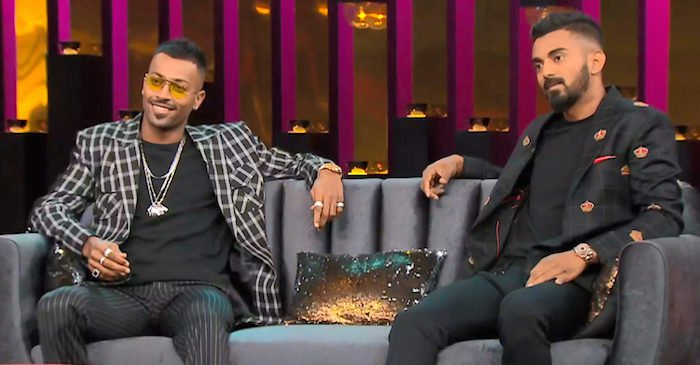 On a fun note, Karthik brought up the “Koffee with Karan” controversy during the conversation. Last year, Hardik Pandya and KL Rahul appeared in an episode of the show which resulted in them getting banned for a brief period.

Hardik and Rahul faced a lot of criticism and trolling for their ‘sexist‘ and ‘misogynistic‘ comments. As a result, BCCI had to set up an inquiry against the two and they were suspended from being the part of Indian team for some time.

Talking about that incident, Hardik joked that instead of coffee he drinks tea now. He further added that a particular coffee proved to be very expensive for him.

Pandya revealed, “I don’t drink coffee, I drink green tea instead. I drank coffee only once and proved to be too expensive for me. I can bet that Starbucks would not have such an expensive coffee. Since then I stay away from coffee.”