Every other day a story surfaces that makes the Indian cricket fans relive the legendary actions of MS Dhoni. Now, Sunil Gavaskar comes forward with a revelation that shows the humble side of India’s former skipper.

The Indian cricket management system has a method of rewarding players with business class seats. Usually, the players who perform well in one match get to travel in the business class. This is when flying to the next destination during home season. However, the other members such as TV and cable operators always take the domestic seats.

“The flight also carries the technical TV crew who have to rig the cables for the next game. There are limited seats in business class and the captains, coaches and managers of the teams get these.It is here that those Indian players, who have done well in their previous game, get to sit there as a reward rather than the economy class behind.“

Sunil Gavaskar reveals the humble side of MS Dhoni

“Mahendra Singh Dhoni hardly ever sat in business class on these flights even when he was the skipper as he would prefer to sit with the real champs of the TV coverage, the cameramen and the sound engineers.” 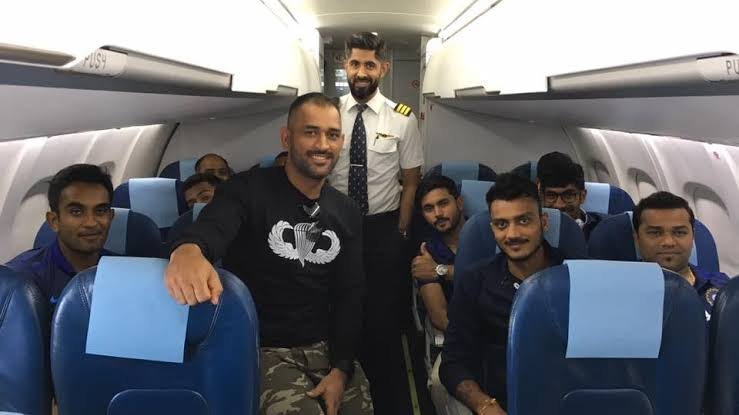 Virat Kohli follows in the steps of India’s former skipper

On top of that, it seems as though MS Dhoni’s practice has rubbed off on current skipper Virat Kohli. England team player, Micheal Vaughan, back in 2018 posted a picture on Twitter showing Kohli and his wife, Anushka Sharma, give up their business class seats to India’s fast bowlers. This was during the Border-Gavaskar series of 2018-2019.

Witnessed @imVkohli & his wife give up their Business class seats to allow the Quicks more comfort & space on the trip from Adelaide – Perth !! Danger Australia .. Not only are the quicks more relaxed .. The Skipper is managing his troops with great human touches #AUSvIND