Sachin Tendulkar is a legend who holds numerous records in the cricket industry. In fact, throughout his Test Cricket career, the veteran Indian player had been stumped out only once.

During the Test series between India and England in 2001, former England captain, Nasser Hussain, put a plan in motion to dismiss Sachin Tendulkar. India was standing at a score of 121 for 4 wickets when Tendulkar and Sehwag were batting India’s way back into the match.

The Master Blaster was approaching a century when Ashley Giles begun delivering at the batsman’s legs. As a result, for the very first time in his career of 143 innings, Tendulkar was stumped out by wicketkeeper James Foster. Now, Hussain reveals that this was all a part of his plan. 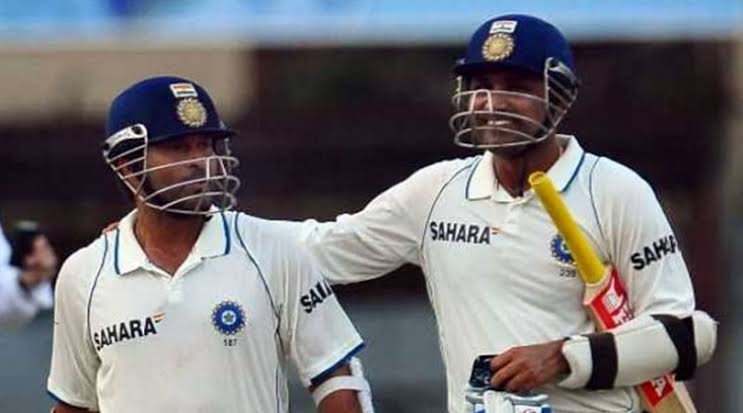 Nasser Hussain reveals his plan to dismiss the God of Cricket

He reveals that his plan was to take the audience chanting “Sachin Sachin” out of the equation. The only way to do this was to ensure Tendulkar does not score. On top of that, the pitch in Bangalore had a rough patch. Hussain asked Giles to bowl a tight line and try to hit the rough. Tendulkar tried to tackle the ball, missed it, and Foster took out the wickets.

“If our bowlers had just bowled on the normal bit of the pitch, it would have done nothing. So I got Ashley [Giles], who was bowling a tight line and not just chucking it wide down leg stump. Ashley got close to the stumps and bowled quite a tight line and try to hit that rough.”

Following this incident, several accused England of using negative tactics. However, Nasser Hussain believes that the only reason he resorted to using these tactics was to silence the crowd. Even though Sachin caught onto this trick, his wickets still fell.

“Sachin got 90 (laughs), how is getting Sachin Tendulkar out for 90 a win? Maybe India only got something like 300 (238) in the innings on a flat pitch at Bangalore and that was my win.”