The 2019 World Cup was an exciting one. All the national teams were playing with their top players and each of the rounds gave us one or iconic moments. One such moment was given to us by Rohit Sharma and the Indian team.

Looking back to this day, it was Rohit Sharma who made a mark during the 2019 World Cup. Sharma scored a whopping 140 runs and with the brilliant performance by the Indian bowlers, the team scored a magnificent victory over the Pakistan team. They beat their neighbouring country by 89 runs.

The Pakistan team claimed the toss and opted to bowl. Unfortunately, the decision came back to haunt them as Rohit Sharma and KL Rahul put up a stunning partnership of 136 runs before the first wicket dropped. The Pakistan team missed on an opening to dismiss Sharma during the 10th over. Fakhar Zaman shot the ball towards the bowler’s end instead of the wicketkeeper’s end even when the batsman was halfway to the pitch. 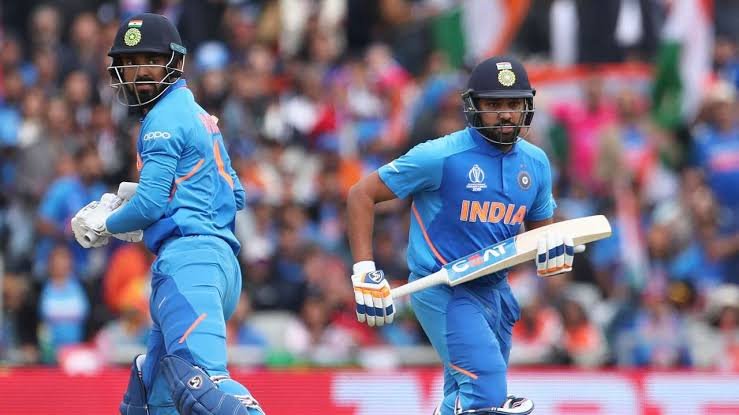 The Indian team acquired a strong unbeatable score during the match

Rohit Sharma was unbeatable from that point onwards. He scored his century and 40 runs from 113 balls. KL Rahul scored 57 runs during his opening partnership with Sharma.

The other players contributed their share to the victory. Virat Kohli with 77 runs, Hardik Pandya with 26 runs, and Vijay Shankar with 15 runs. India stood at a strong score of 336 runs for 5 wickets in the first innings.

When Pakistan was chasing, Zaman and Babar Azam were playing well to get the innings within their grasp until a deliver by Kuldeep Yadav dismisses Azam in the 24th over. This turned the game around and put it completely in India’s hand.

Following Babar Azam’s dismissal, three wickets fell within 12 runs. Finally, the team racked up a score of 129 for 5 wickets.

20 yrs since '99 clash, arch rivals squared up one more time in Old Trafford. Everything had changed, but the result!

This victory over Pakistan was India’s 7th in ODI World Cups.