WATCH: All Things New to Fortnite In Season 3

Two years back, on this day, England racked up their historic score of 481 runs for 6 wickets. Jonny Bairstow and Alex Hales were the players who took the reigns of victory.

Baristow scores a total of 139 runs for 92 deliveries while Hales scores 147 runs for 92 deliveries. These had a magnificent impact England’s final score. Other player who made their mark during this match are Eoin Morgan, Adil Rashid, and Moeen Ali. All of them put up a brilliant game and led England to one of its greatest wins.

📅 #OnThisDay in 2018, England surpassed their own record tally and smashed 481/6 in Nottingham 🔥

Hales and Bairstow struck 💯s. Australia were bowled out for 239 and suffered their biggest defeat ever 😲#FlashbackFriday #CricketForAll pic.twitter.com/PhIgLDiUkE

Eoin Morgan said that it was one of those days in the dressing room where everyone was proud. In fact, what they achieved on field that day is nothing like anything they did in the past three years.

“Certainly a day for everyone in that changing room to be very proud of. The level of intensity was different to anything we’ve done in the last three years. It was as close to a complete performance as we’ve got to. Guys were relentless. A day to be proud. It’s never a case of them just getting score, they operate at the strike-rate the team wants them to.”

The man of the match expressed his delight over the situation

The man of the match was Alex Hales. He was utmost excited to talk about the match. As per his words, he believes that the team was in a good headspace that day, but always striving to improve. 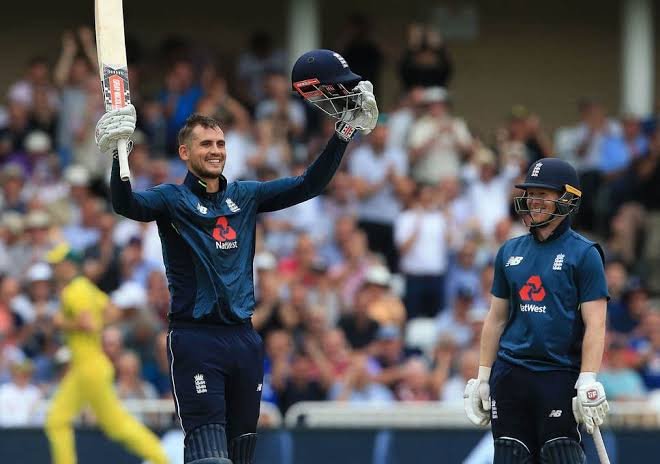 “As good as it gets, personally and from the team perspective. A special day. You’d have to rank it up there as better [than 2016], we are in a really good headspace as a team. The pool of talent is as good as it’s been in one-day cricket. We have to perform day in day out. You are always striving to improve.”

“I’ve Got A Lot To Offer, Particularly In T20” – Alex Hales Is Ready To Make A Comeback To England’s T20 World Cup Squad